Stories from the Field 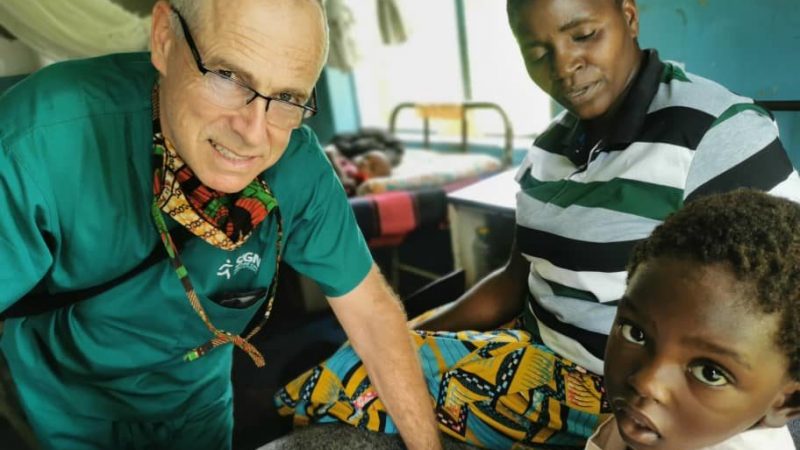 “I will hasten and not delay
to obey your commands.”

Sunday started out as a typical on-call day for CHSC Physician Assistant Jessica Winston. She walked through the various wards of Mukinge Hospital in rural northwestern Zambia, checking in on patients as her colleagues took a much-needed day off.

Jessica kept a mental inventory of all the patients who arrived throughout the past week and paid special attention to the maternity wing, where frequent emergency C-sections represented much of their routine work. While passing from maternity into Mukinge’s pediatric wing, Jessica encountered a nurse friend sitting in the doorway and stopped to greet them with small talk – a Zambian formality.

She never finished the greeting. Jessica noticed a new patient, an eight-year-old girl named Mercy, sitting behind her friend in the pediatric wing’s “high care” room that she had not accounted for, and the girl was visibly uncomfortable.

“I could see that they were in respiratory distress,” Jessica said. “Her chart said that she had come in in the middle of the night and had ingested some sort of toxic substance.”

But something wasn’t adding up to Jessica. Mercy did not present any signs of neurological dysfunction, like vomiting or constricted pupils, that would indicate something toxic.

And yet her breathing was labored and getting worse. Jessica noticed a high-pitched, whistle-like “stridor” sound coming from the girl’s lungs with each breath.

It dawned on Jessica. Whatever Mercy ingested the night before was blocking her airways, and she needed to act fast before the blockage moved and completely cut off her oxygen supply.

The girl’s mother confirmed Jessica’s suspicion: she swallowed a bean seed the day before, which was now lodged in her trachea and needed to be removed.

However, the hospital’s only surgeon, Dr. Friend, was also on his day off. There wasn’t a 100 percent chance that he would be available or close enough to see Mercy in time.

When Jessica decided to call him, she was relieved to find Dr. Friend was just around the corner at a local church. He could see Mercy in less than 10 minutes.

“He agreed that there was something lodged in her trachea and we needed to take her to the theater. But we were also all very concerned because we knew at any point, the seed might change position positions just a little bit, and she would stop breathing.“

“There was fear that if we got her on the table, she may not wake back up.”

Jessica summoned a hospital chaplain to explain the gravity of the situation to Mercy’s family. Meanwhile, Dr. Friend was preparing himself for a tracheostomy, or surgically opening the throat to access the windpipe – something he had never done on his own to a pediatric patient. He called multiple surgeons to confirm his knowledge of the correct procedures.

Mercy’s breathing became more labored as they prepared themselves and the operating room. Her diaphragm flexed hard to force air into her lungs, but to no avail. The oxygen tubes connected to her nose were keeping her tethered to life.

She would have to abandon those tubes momentarily as Jessica and the Chaplain carefully moved her to the operating table, trying their hardest to not disturb the obstruction any further. Any unnecessary bump or stumbling in the 25 yards between the operating room and the pediatric wing would bring her closer to disaster.

After successfully bringing the girl into the OR, Jessica had to leave the room to check on other patients. When she returned, the Dr. Friend was performing chest compressions on Mercy. In the ten minutes Jessica was out, Dr. Friend had attempted to locate the bean seed using a laryngoscope to pull it out without performing a tracheostomy, but Mercy sucked in air, pulling the seed farther down her windpipe and bringing her closer to complete suffocation.

A tracheostomy was inevitable at this point. Jessica stood by with an anesthesiologist as the surgeon performed his first solo attempt at the operation.

He made an incision and visualized the bean seed. It became clear just how Mercy’s conditioned had worsened so quickly: moisture in the girl’s throat had caused the seed to swell. Dr. Friend collected the seed and successfully inserted a tracheostomy tube, allowing her to breathe easily again.

The team did worry Mercy might have a hypoxic brain injury after sustaining a long period without sufficient oxygen, but within days, she was making a swift recovery back to her normal self.

To Jessica, the whole incident seemed like a miraculous example of God’s perfect timing. If she had not seen Mercy struggling to breathe, if she had not corrected Mercy’s diagnosis, if Dr. Friend had not been close enough to quickly operate on Mercy, her chances of survival would have been incredibly slim.

“Everything was in the right place at the right time,” Jessica said. “There’s going to be hard days and trying times, but the Lord is in the work that we are doing. Ultimately, it’s not our hands of healing that do anything – it’s His.”

Stories from the Field Archive 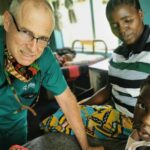 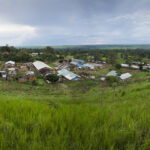 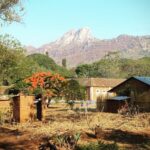 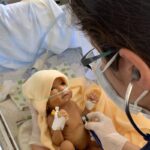