William Borden was born into a millionaire family in the late 1800s but renounced his privileged lifestyle to choose the life of a missionary. His parents sent him on a worldwide vacation after high school graduation and before he entered Yale. On the trip, Bill’s heart was touched by the needs of the world without Christ. Later he heard a missionary passionately share about unreached Muslims in China and decided he would spend his life ministering to them. After college and after spearheading several ministries for the needy in America, he sailed for Egypt. There he intended to learn Arabic and effective means to win Muslims to Christ. Instead, he died three months later of spinal meningitis. Shockwaves shook the American press as news spread of the death of this handsome, winsome, generous, servant-hearted, and talented millionaire-turned-missionary. Although he never reached the mission field, his example and passion for the unreached touched thousands of American young people who did become missionaries. Found in his Bible were several simple statements: “No Reserve. No Retreat. No Regret.”

Interesting for us to share with you was Borden’s incredible outreach during his college years at Yale. He initiated a prayer time and Bible study with a few friends during his freshman year. By his senior year, a thousand of the one-thousand-three-hundred-member student body gathered together in these Bible studies! It reminds us of the hundreds of thousands of people who come to Christ around the world through Discovery Bible Studies (DBS). For that reason, even as we travel in the States to visit ministry partners, we offer to teach believers how to lead these studies with no reserve. It was our joy to initiate another group with their first session on Thursday with some Michigan friends. Who knows how the Lord may use them to impact their families, church, and community! 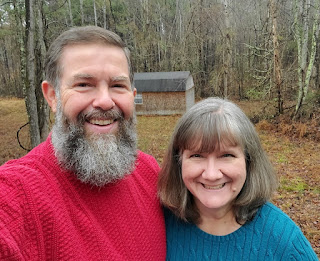 AWA
represents
Andersons Witness in Africa.
It is also a brand of bottled water in Cote d’Ivoire where we serve.
GIVE ONLINE to support these ministries
www.che4a.org