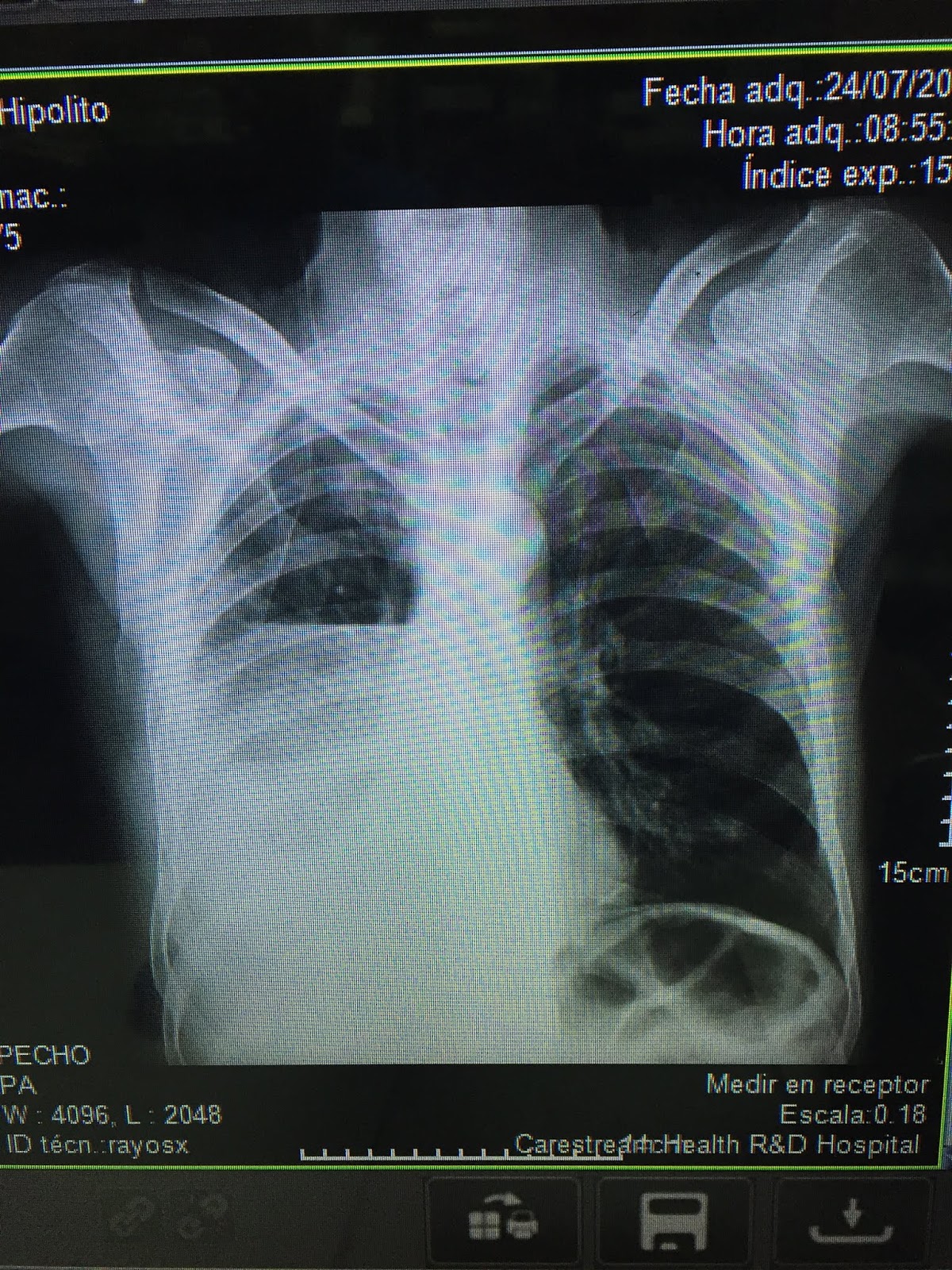 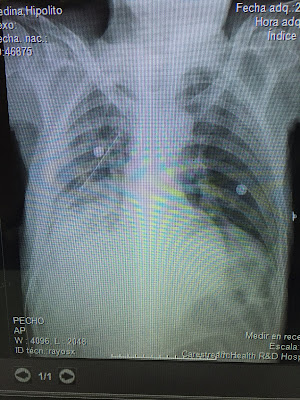 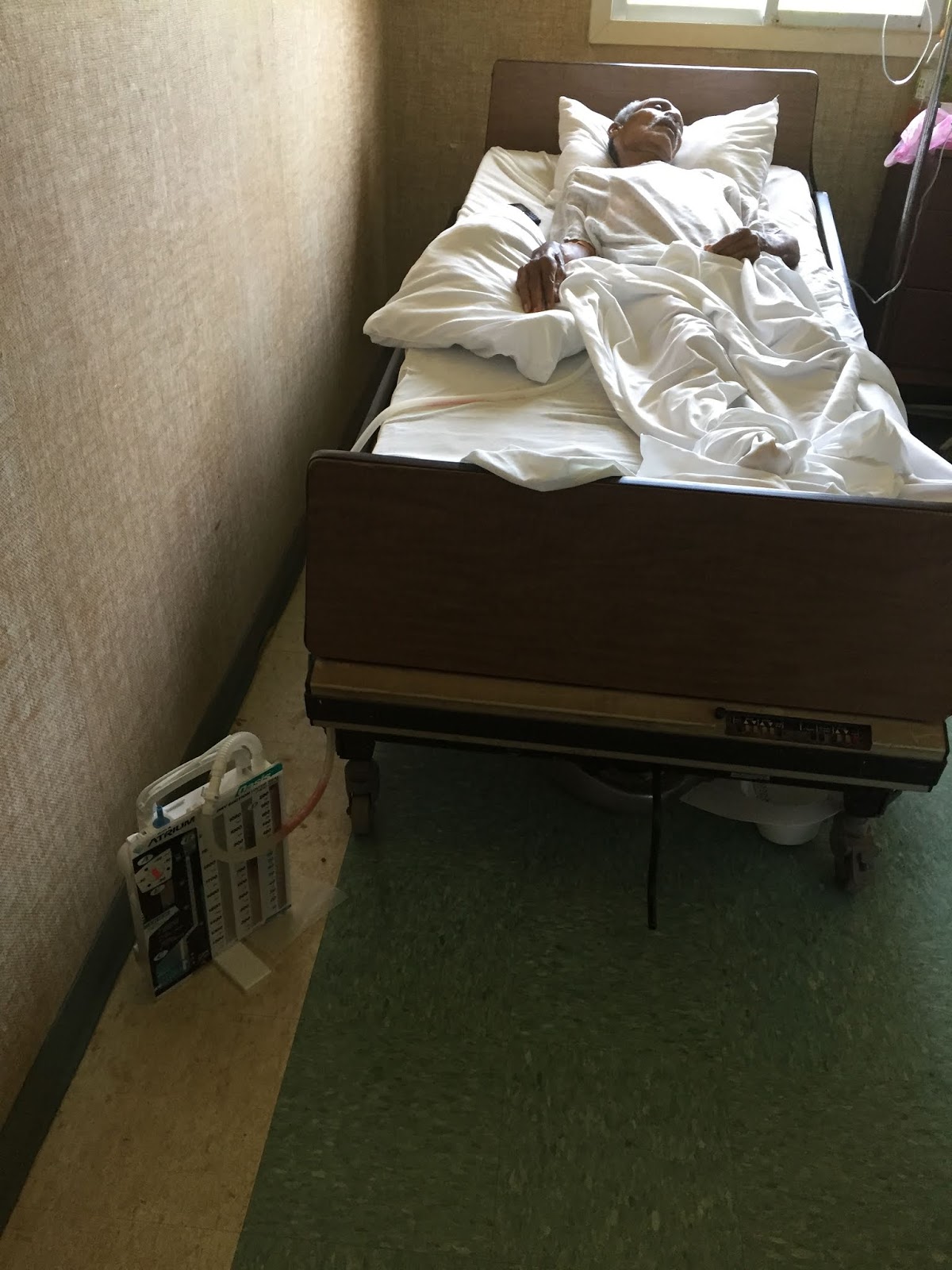 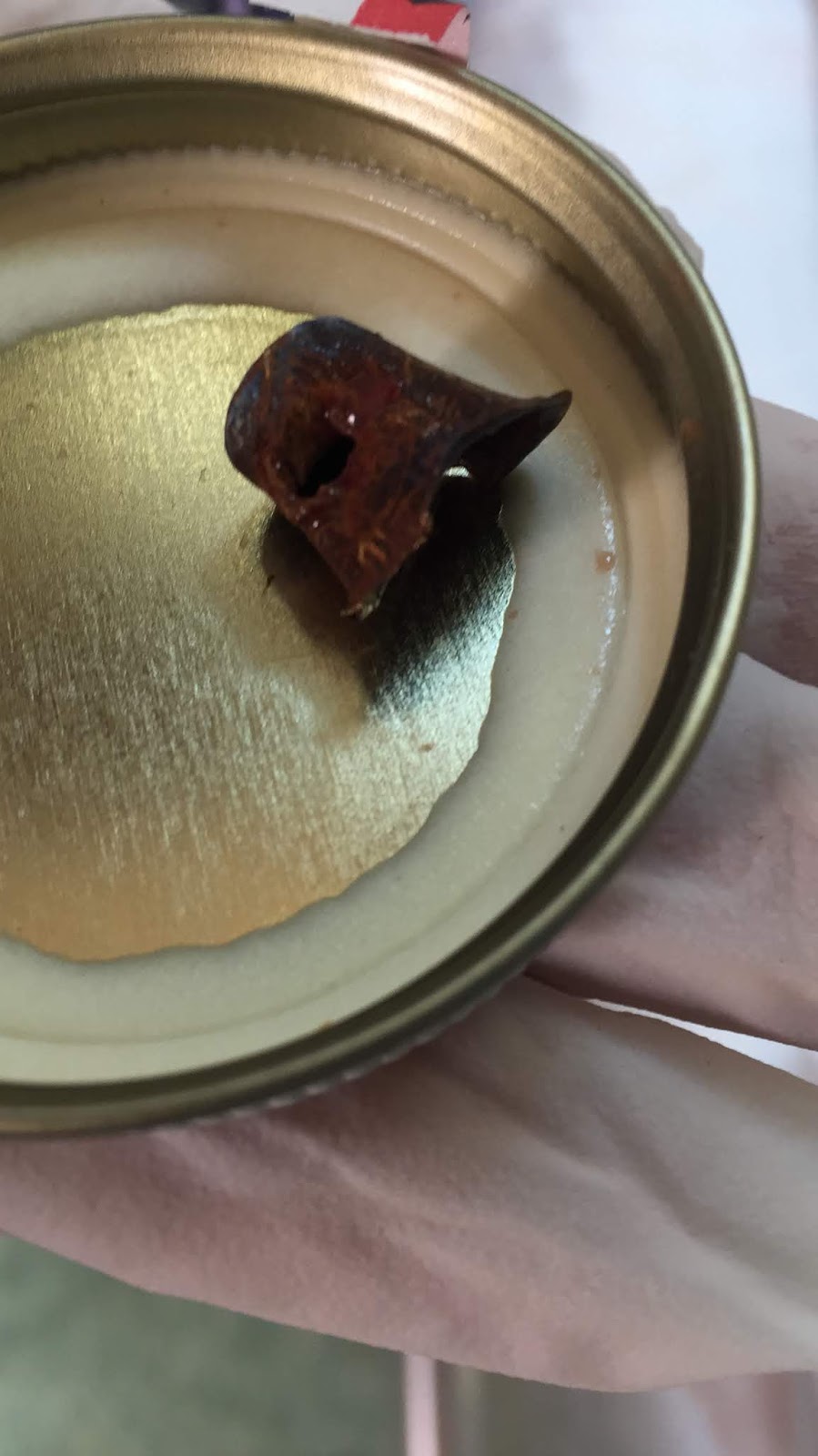 A bullet pulled out of one of our patients that suffered from mental illness.  It was not completely clear whether he was shot by someone else (which was his story) or whether he accidentally shot himself.  We were able to help him out (hopefully) by starting him on medications for his mental illness, praying with him, and removing this bullet which was getting infected. 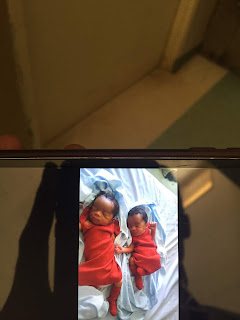 You might notice a slight difference between these twin boys that were born last week at another hospital while their mother was out of town.  We provided the prenatal care for them (and had wanted to deliver them beforehand at our hospital because of the discordant growth we noticed on ultrasound).  We had spent a lot of time worrying about these guys while trying to make decisions in their care.  Their mother finally named them “Isaac” and “Jason”, after me and Dr Jason.  Maybe she sensed how worried we were and now believes why we were worried. 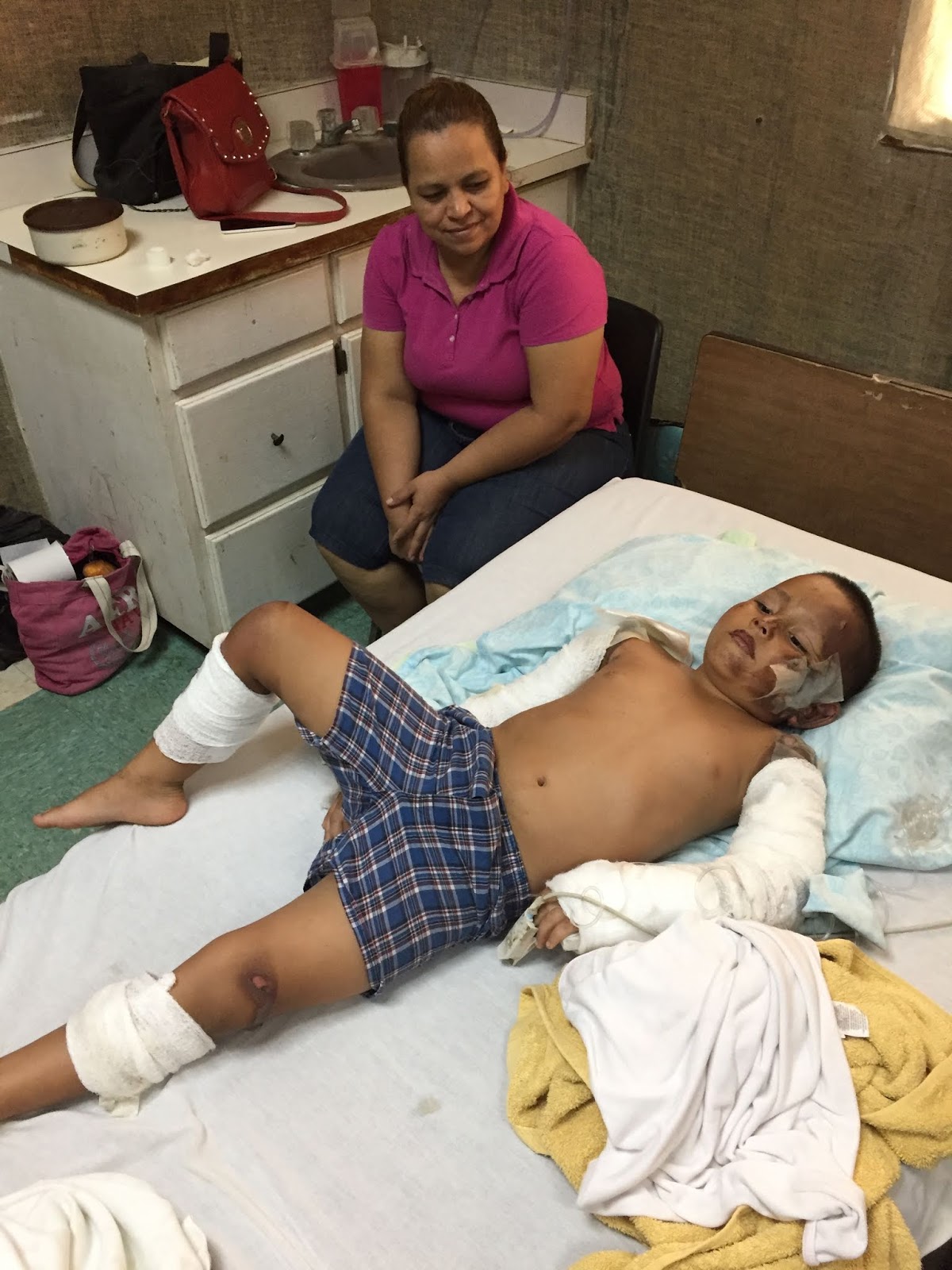 8 year old boy with nearly 35% total body surface area burns.  He evidently was playing near a fire when a “Sprite bottle” exploded and whatever liquid that was inside flash burned him.  Fortunately it is looking like the burns were not complete thickness and that that he is not going to need extensive skin grafting. 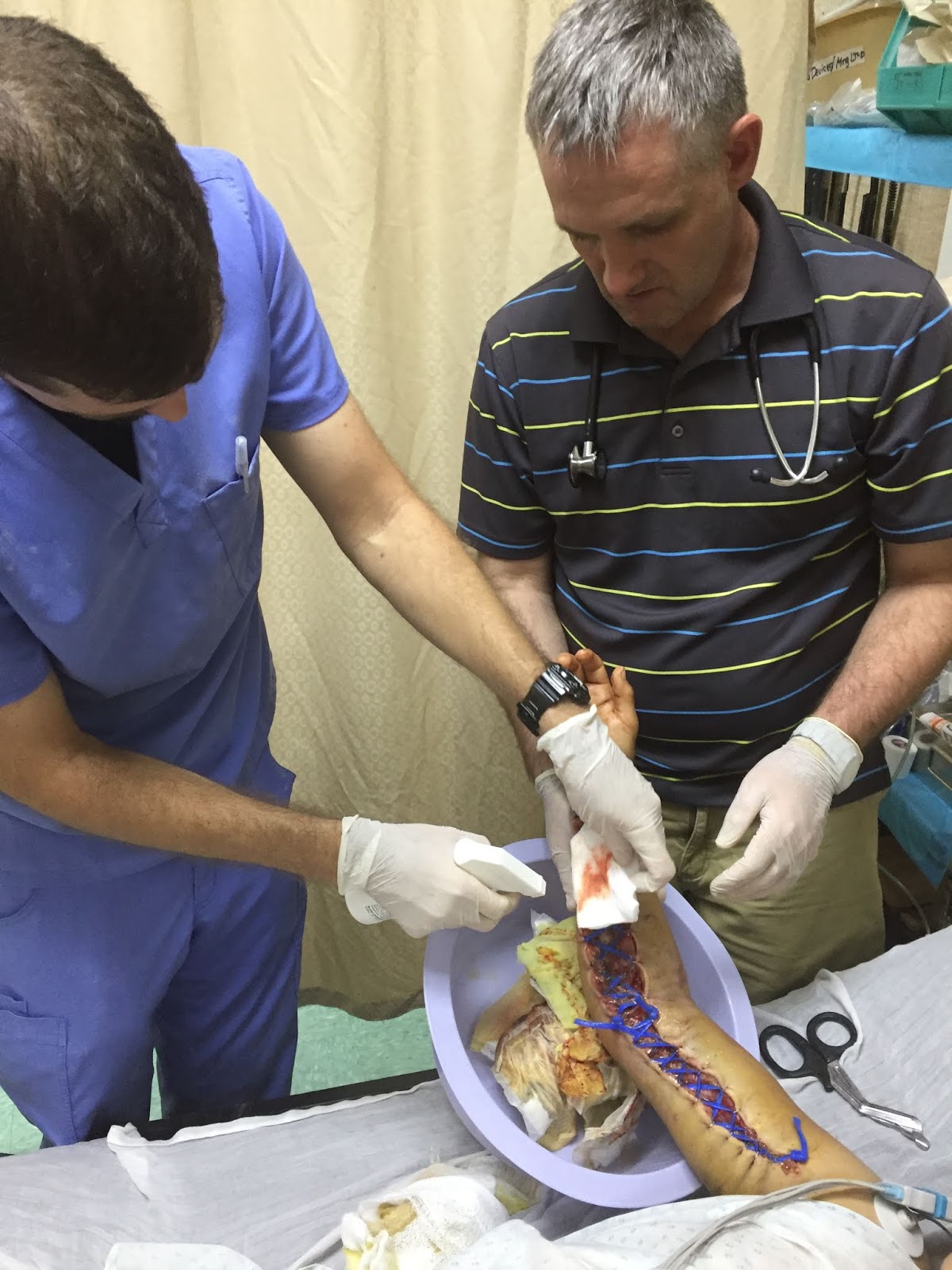 This patient was biten by the local greatest fear, the highly venomous pit viper snake known as the “Barba amarilla”.  The patient was treated at another hospital where antivenom and a fasciotomy was performed.  A fasciotomy is basically when you cut open the arm to relieve the pressure from the extensive swelling that is secondary to the envenomation which can cut off the circulation to the extremity.  Here visiting doctor Bryan and Andrew Geers are doing wound care for the fasciotomy. 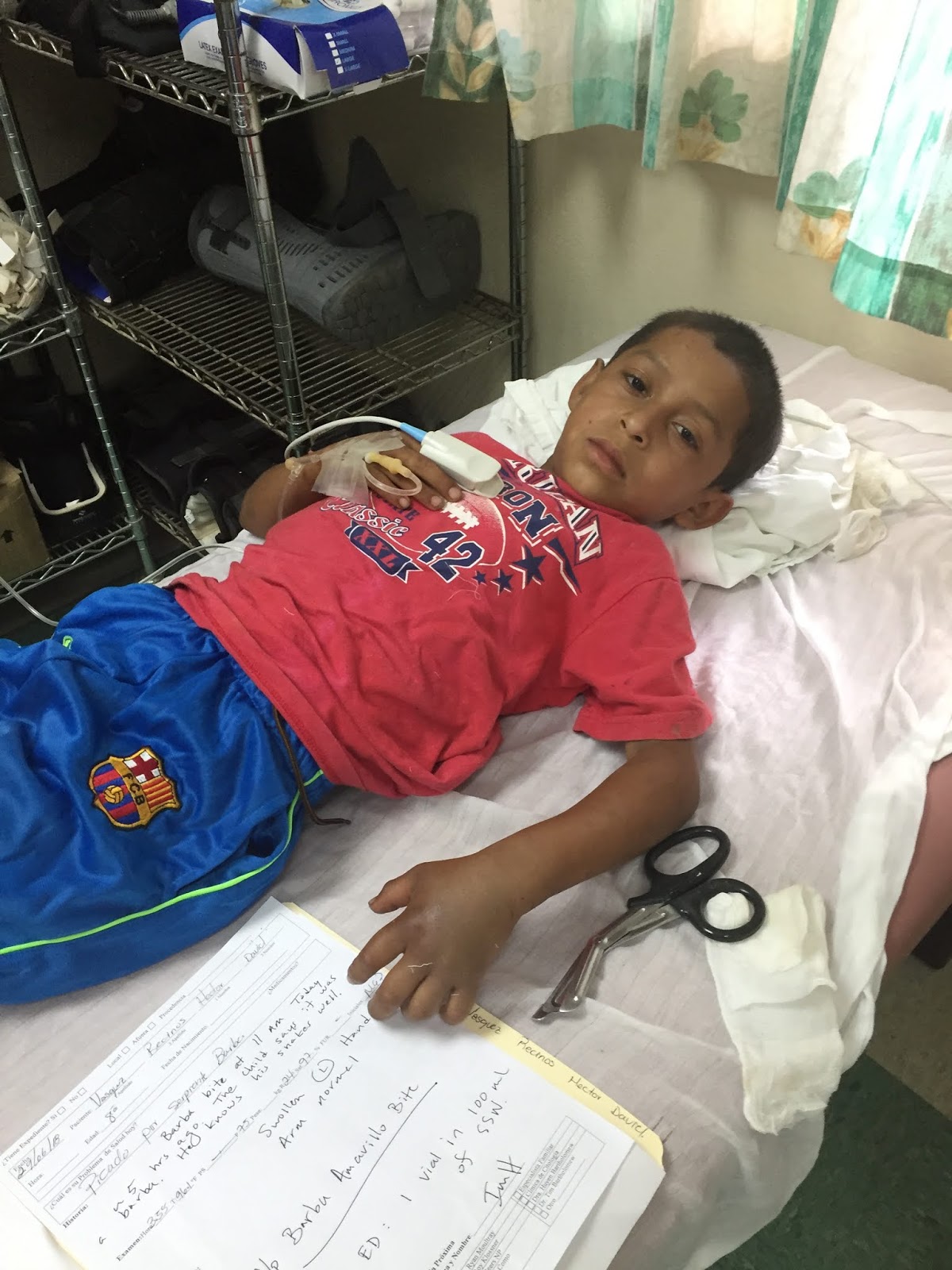 Here is another little boy that I recently admitted to the hospital after he was bitten by the local pit viper.  You can see his left arm is already starting to swell up.  We gave him antivenom and monitored his swelling closely.  It got much worse, but fortunately he avoided the need for a fasciotomy. 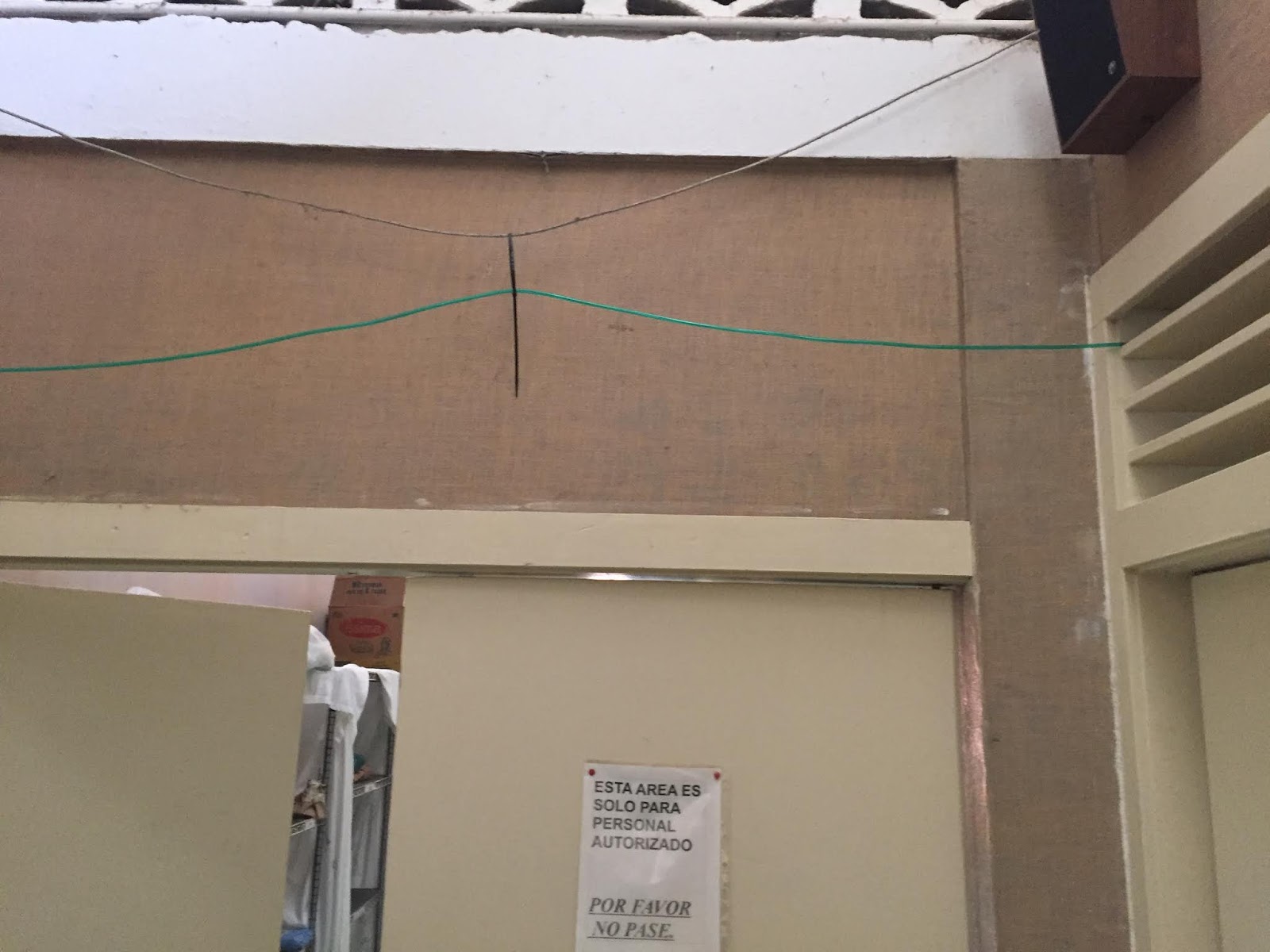 Featured here is that plastic green tube that is spanning the hallway from one room to the next.  That is oxygen.  We recently have been able to start using an oxygen concentrator machine (the size of small car) to provide some oxygen to our patients that need it.  It is not installed everywhere, so we had to get creative. 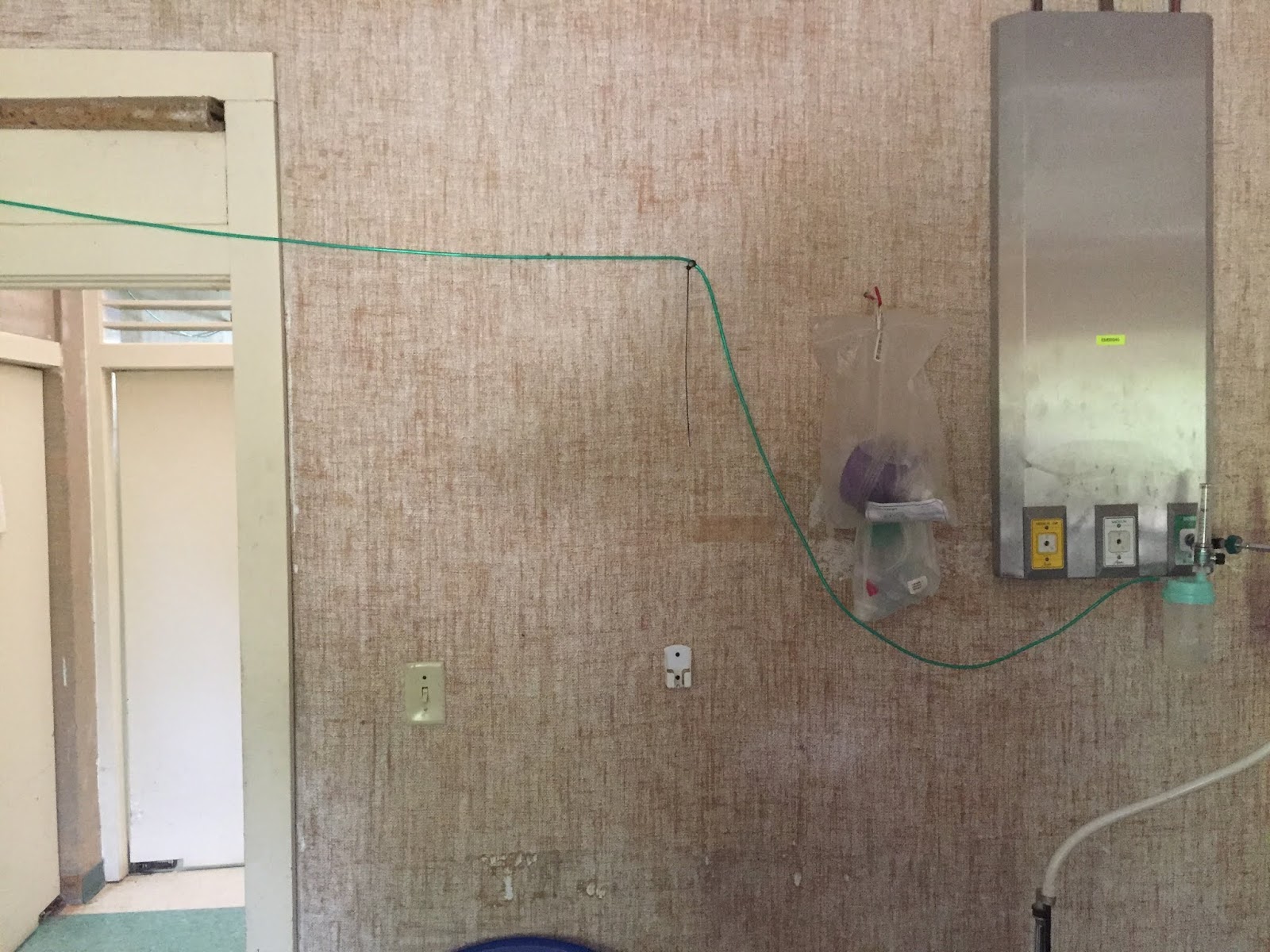 Here it is plugged in to the wall in another room.  At the moment this picture is being taken, it is supplying oxygen to an 84 year old lady who had colonoscopy done at an outside facility and they accidently perforated her colon (put a hole in it).   She was taken for emergent surgery at our hospital to repair the hole.  Post operatively, she was septic and had fluid filling her lungs, thus needing the oxygen to keep her alive. 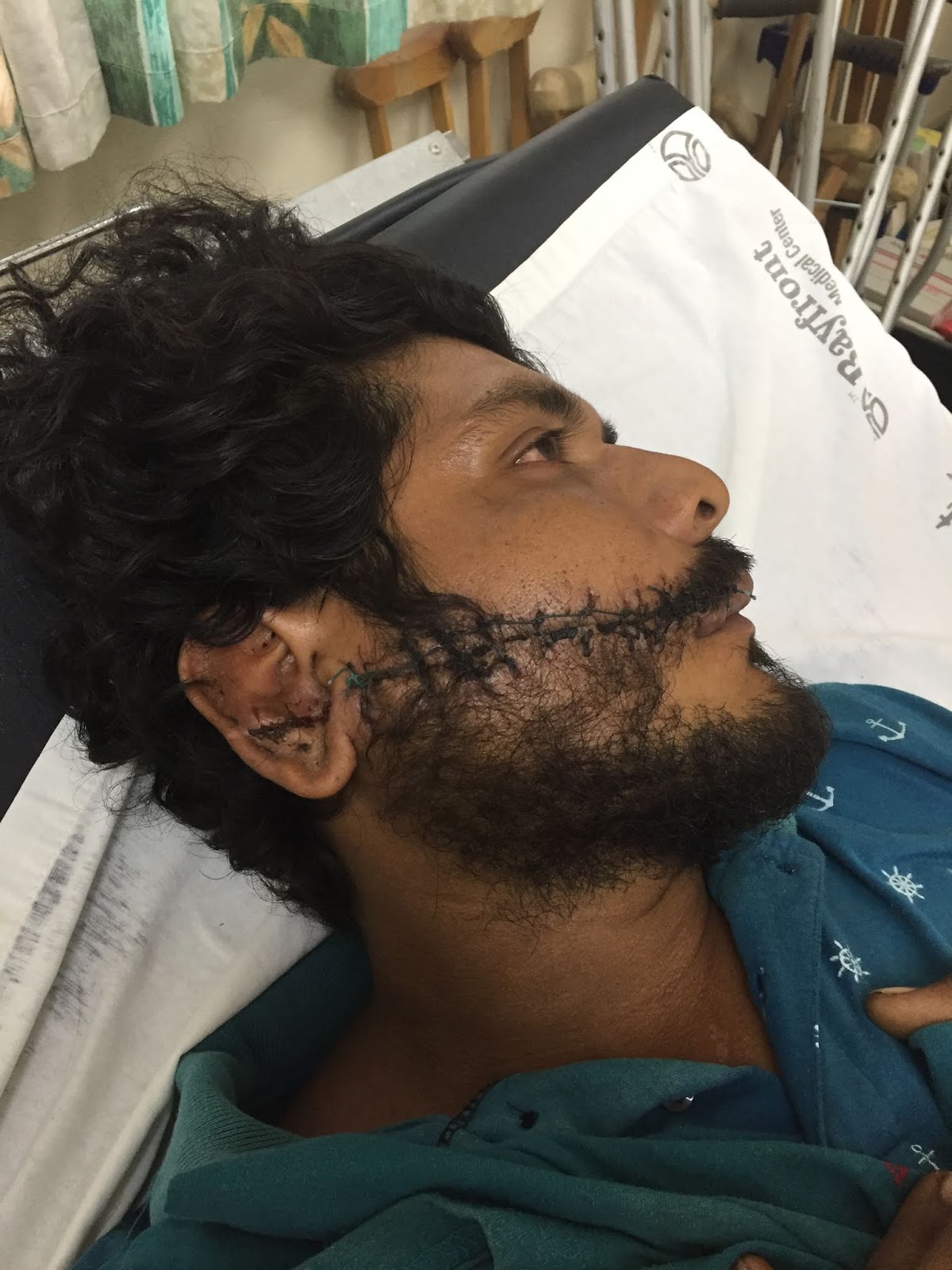 This gentleman is fortunate to be alive after receiving a machete to his face.  Dr Dave emergently stitched him up in the ED to stop the bleeding.  We then took him to the OR to ensure the bleeding was stopped. 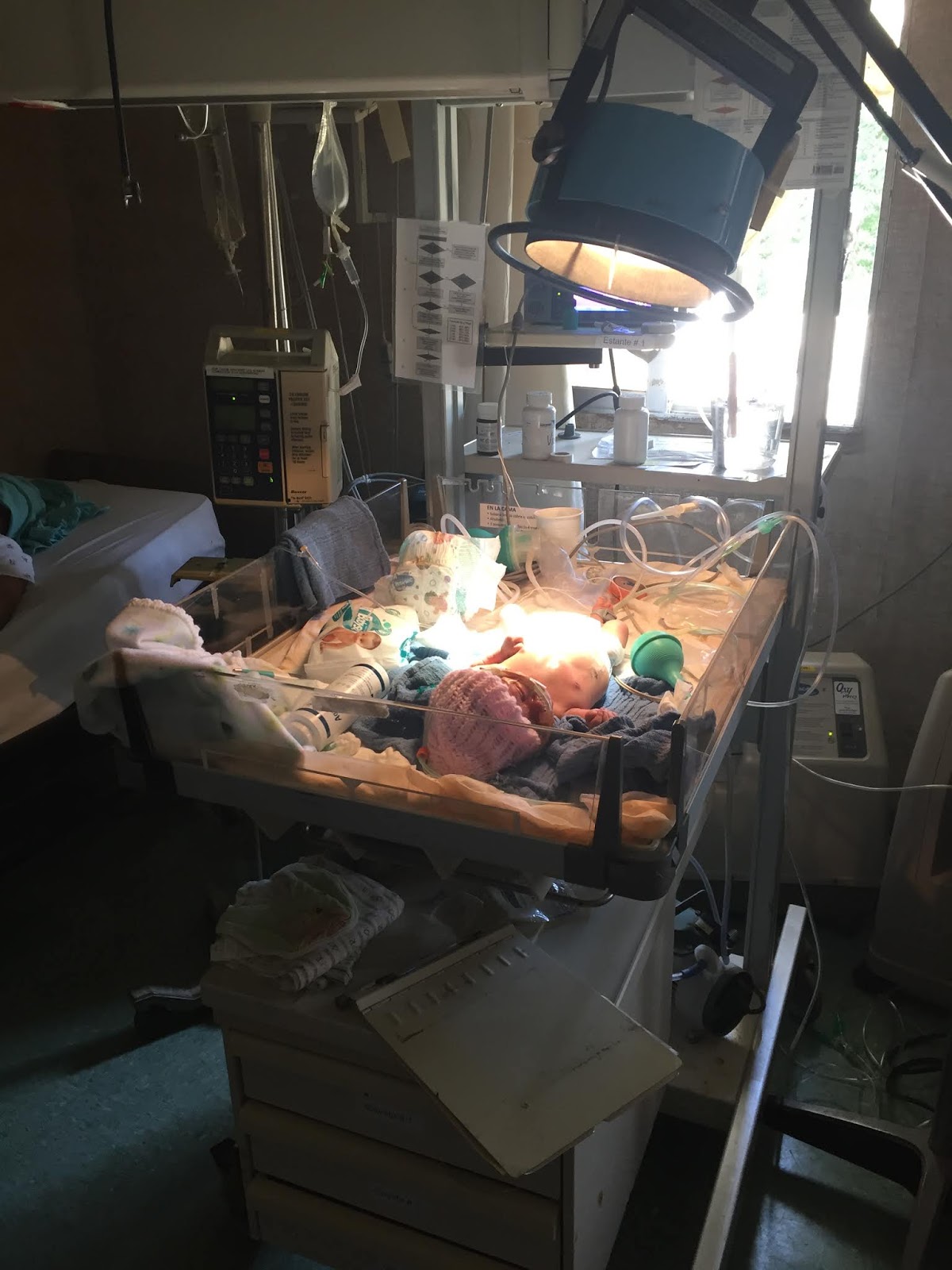 This little newborn baby was born by c section a couple days ago at our hospital.  She was born quite ill and needed newborn rescucitation and placement of a central venous catheter through her umbilical vein. 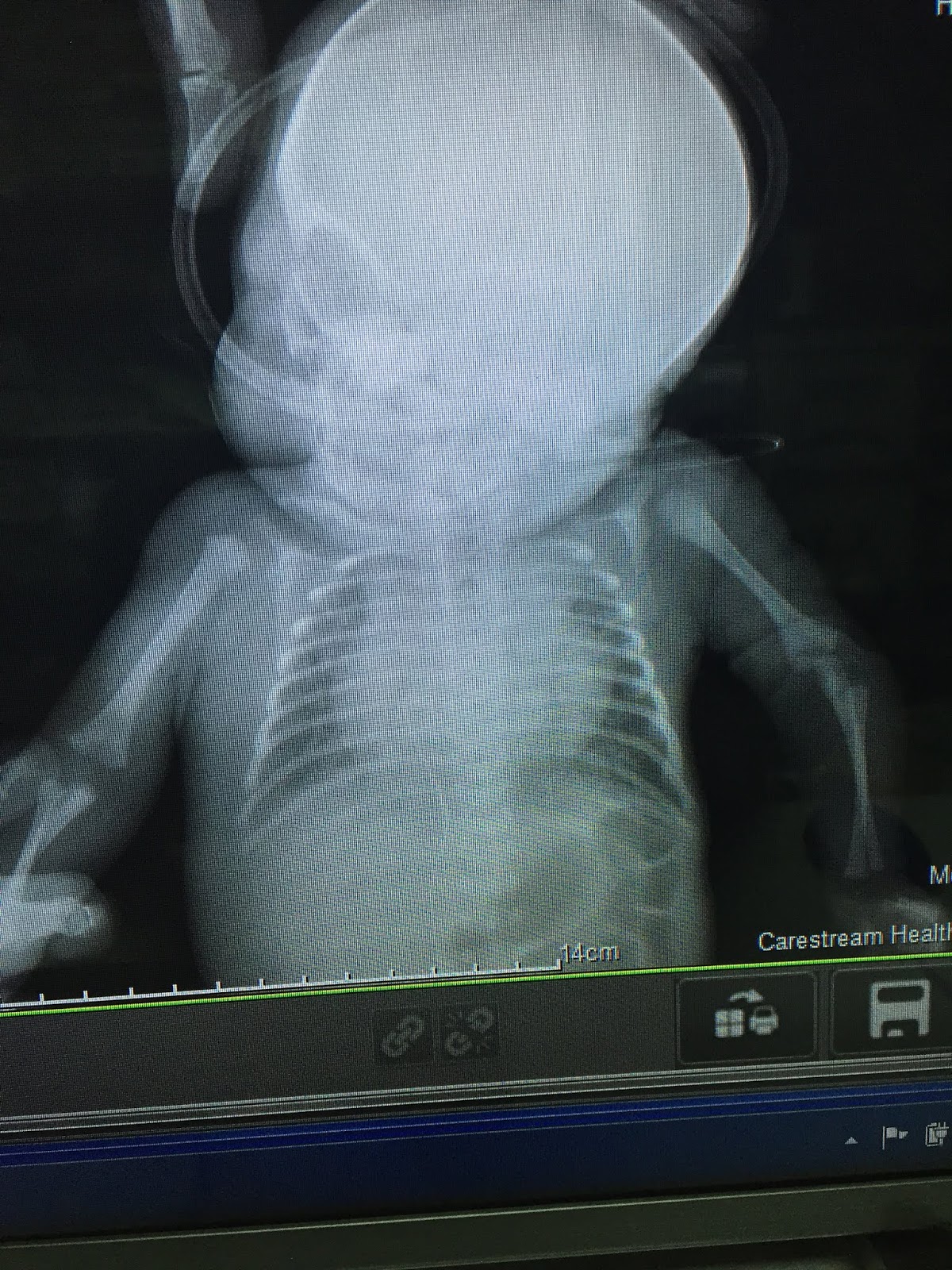 She was born with a generous sized heart and a significant heart murmur.  As we are putting together her entire clinical picture (considering all the findings) we think she may have Edwards Syndrome (second most common trisomy genetic defect, Trisomy 18).  Please keep her in your prayers. 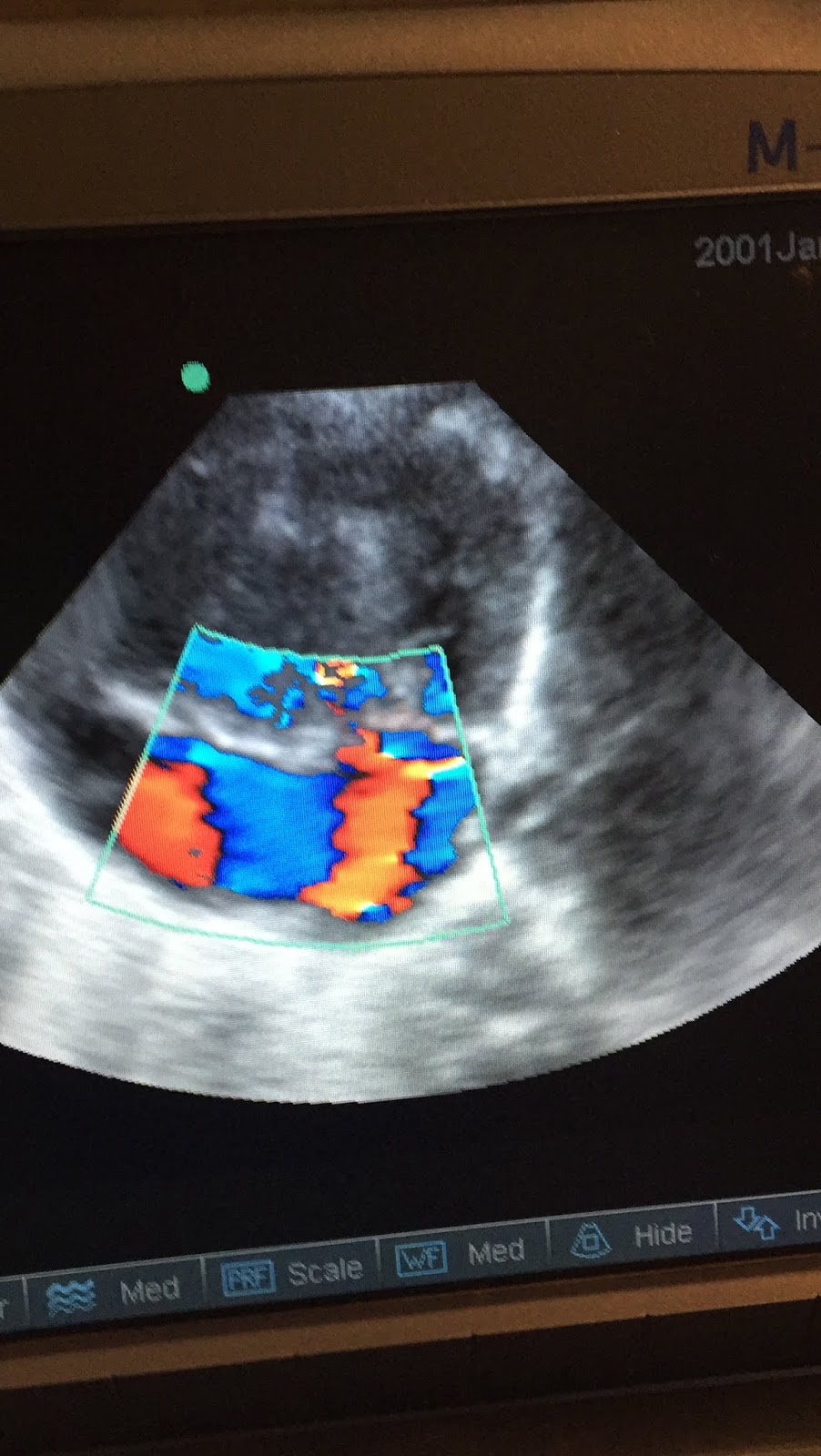 As with many of our complex patients, we often have to seek advice from others by email.  We sent off videos of the newborn’s heart above (“echocardiogram”) to pediactric cadiologist specialists to see if we could get an idea of whether there is likely to be congenital heart disease present. 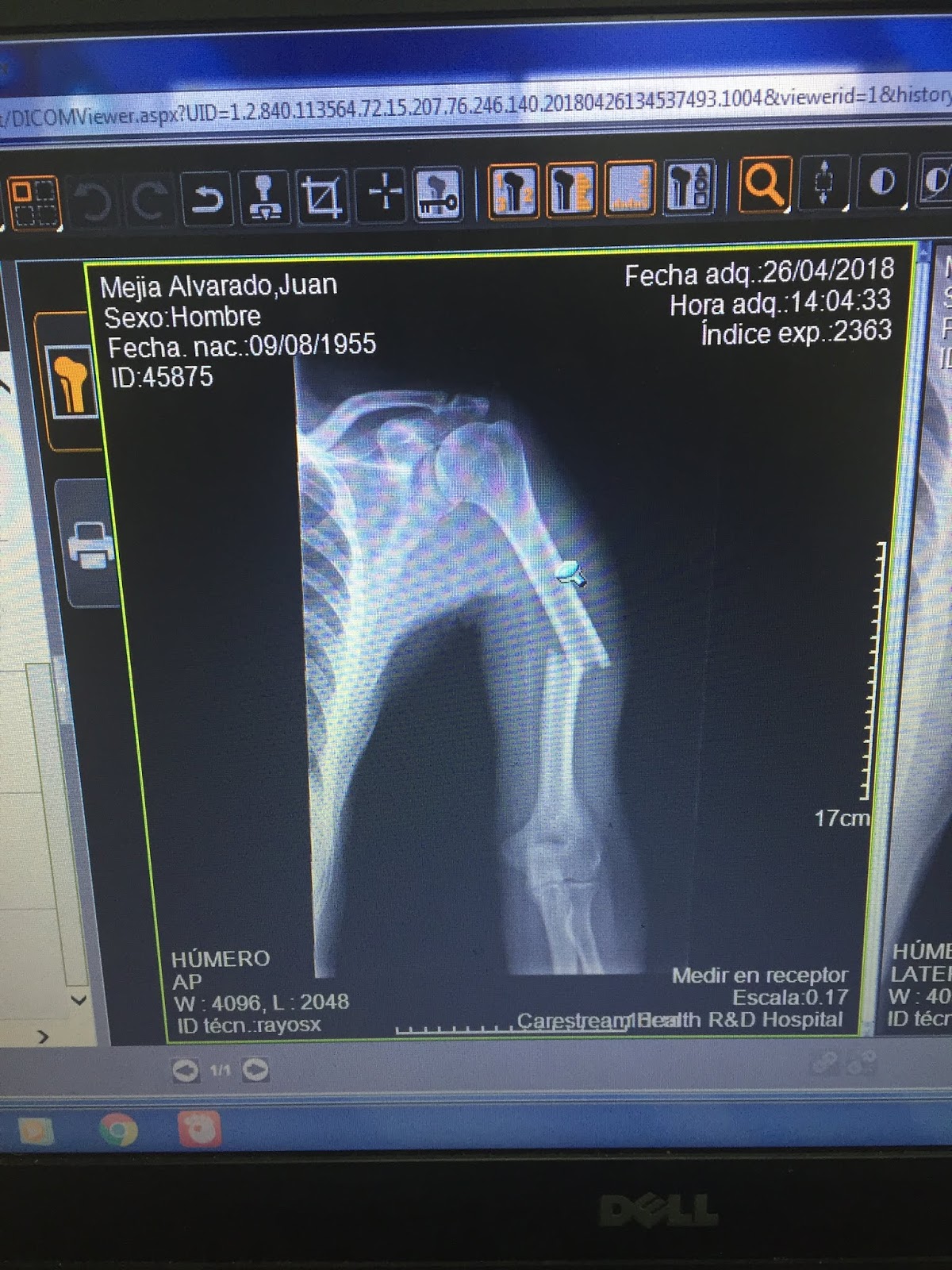 A seemingly endless supply of orthopaedic emergencies arrive to our hospital. 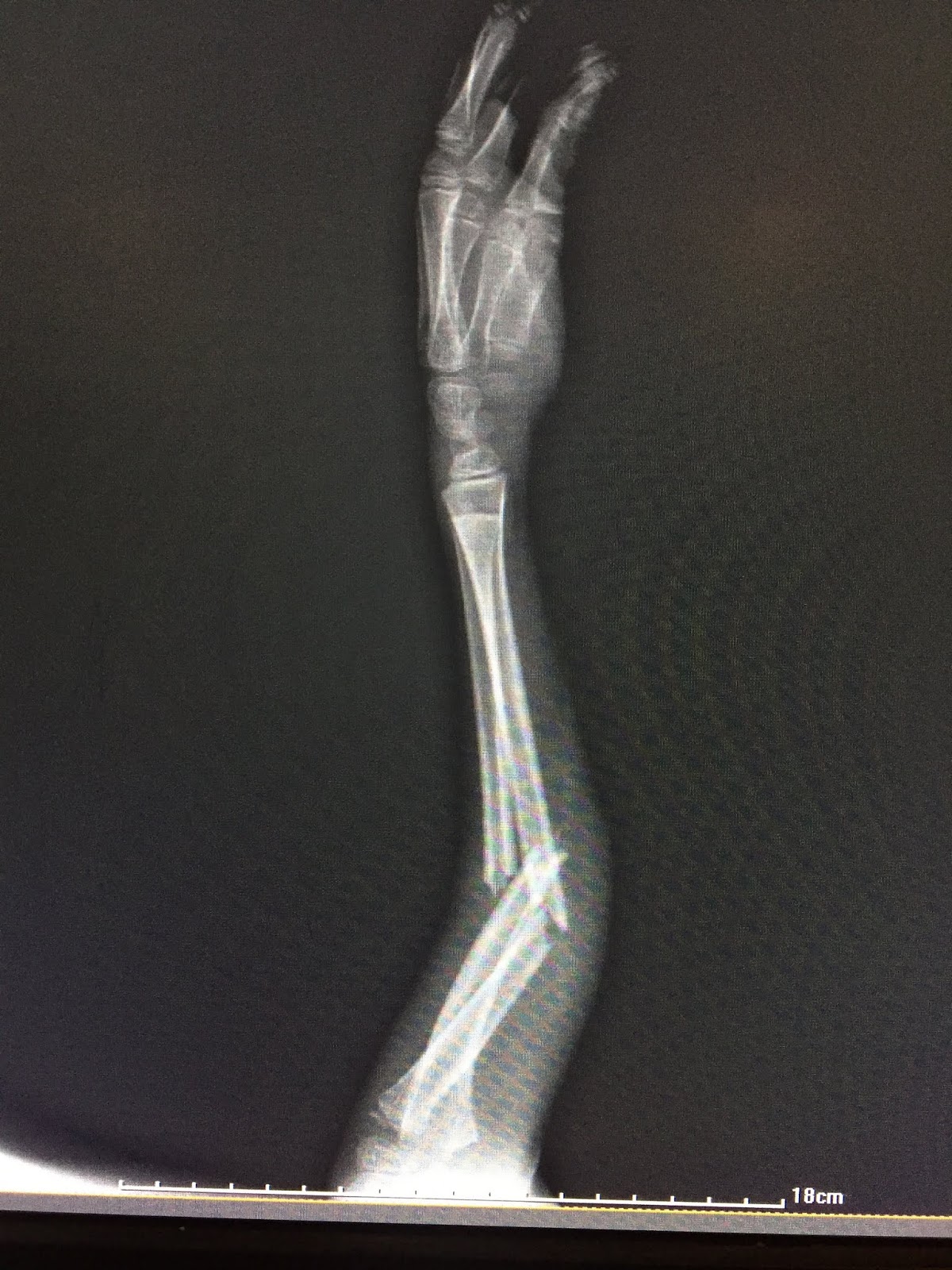 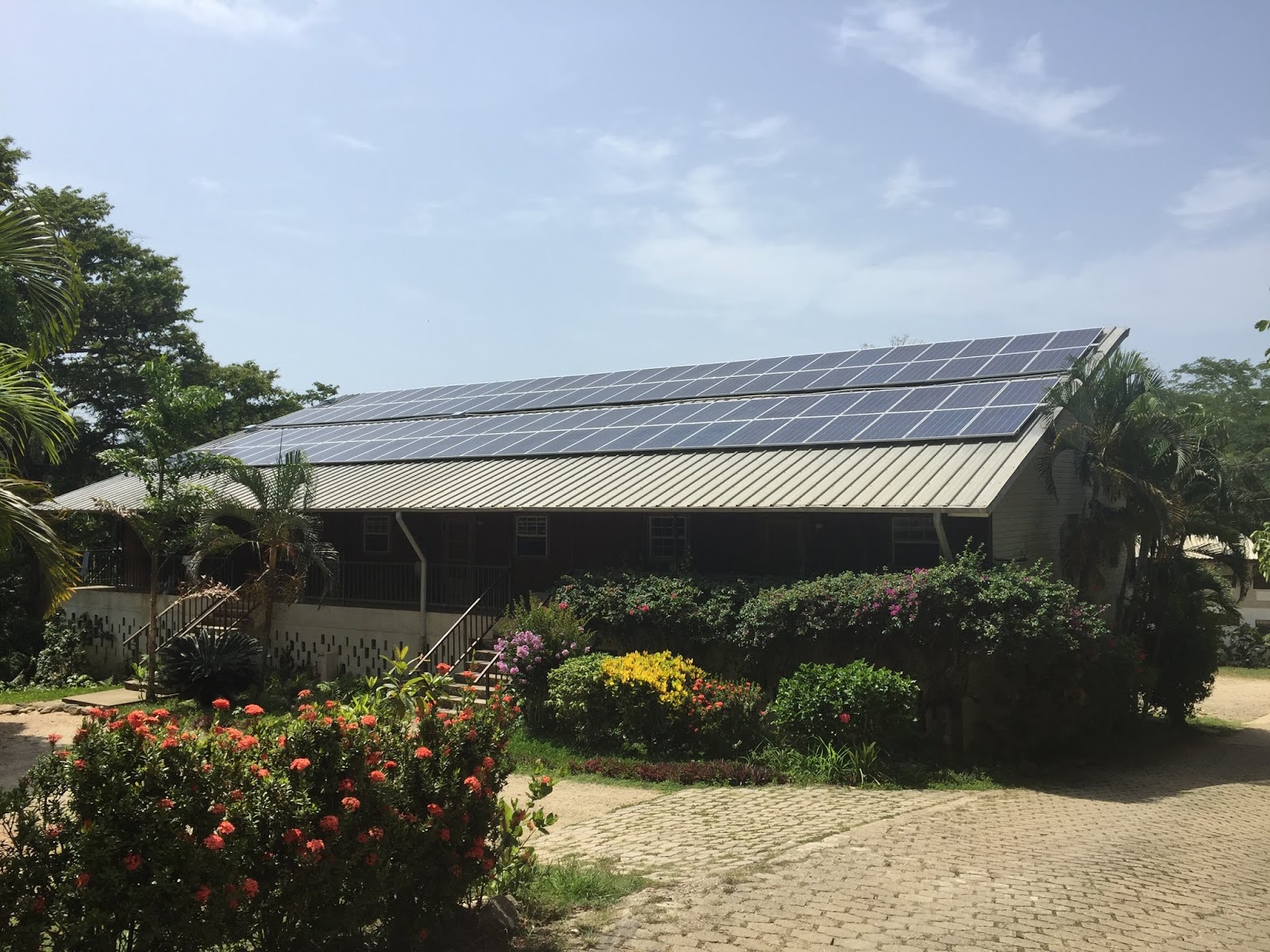 Recent installation of the first step in our solar project.  Because the price of electricity is multiples higher to purchase in the local monopolized market, the economics of the project seem very favorable to decrease our costs and eventually possibly provide a more stable source of electricity. 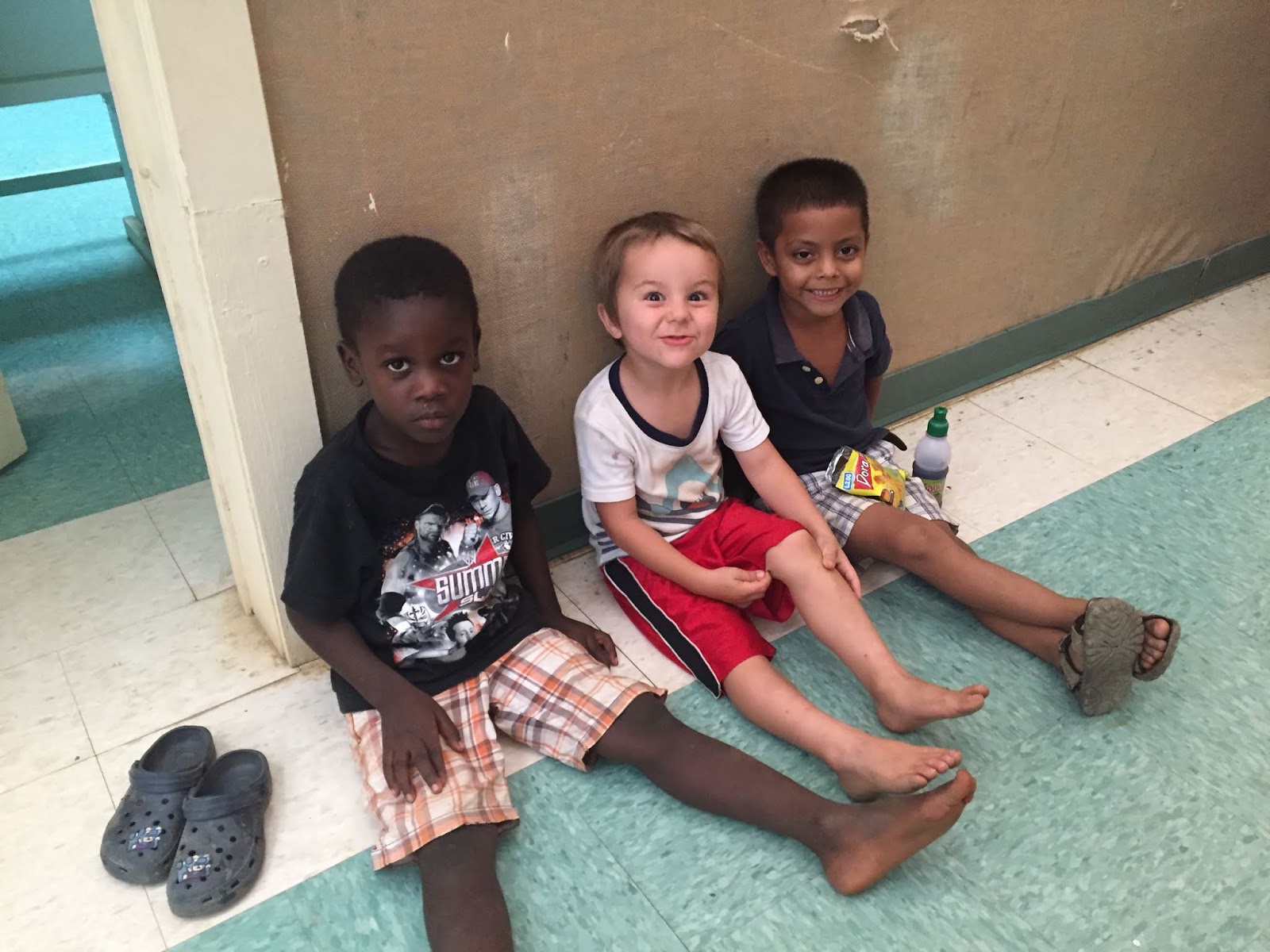 Josiah at the hospital making some friends.  The boy on the right of Josiah is Oscarito, the child of a former empleada of ours.  The boy on the left, I’m told, was inpatient at the hospital being treated for pneumonia.  We still have some ground to make up with our hospital standards for infectious disease contact and droplet precautions.  It does appear however that Josiah’s friend may be closing in on an appropriate discharge date. 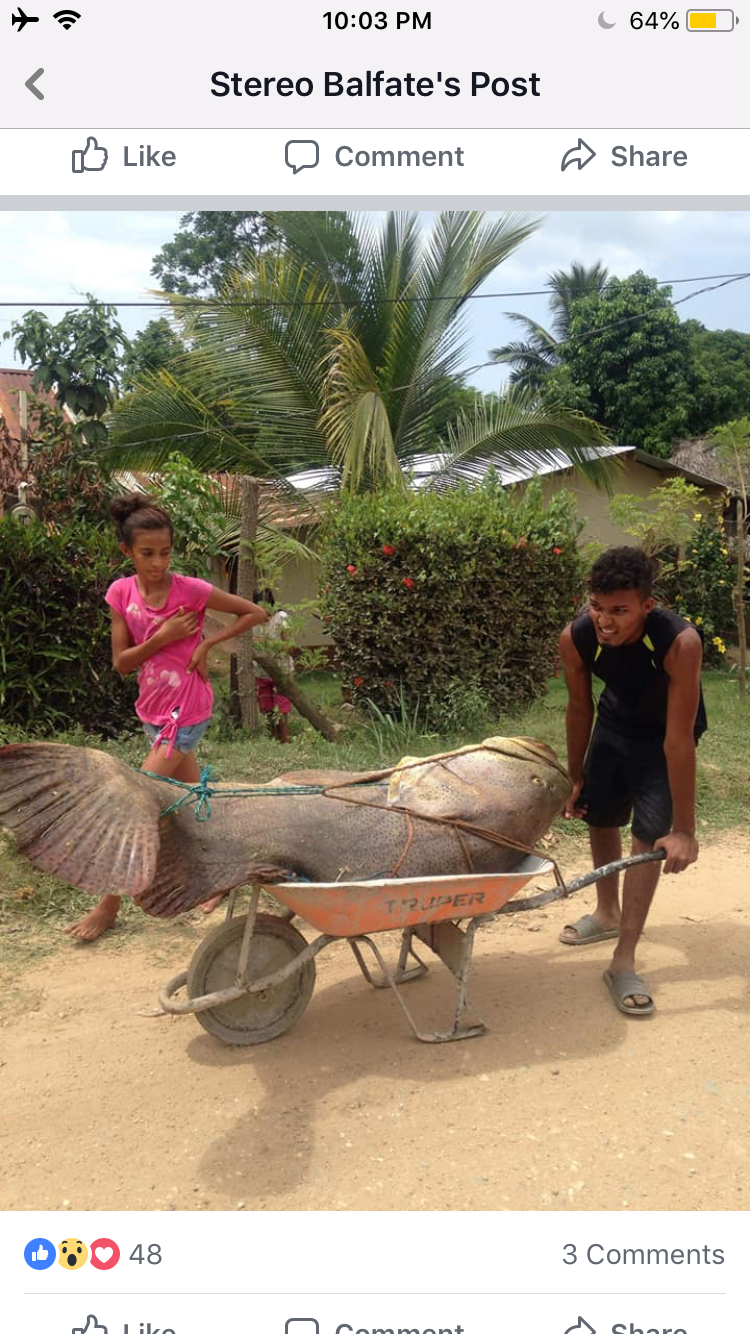 A grouper fish caught within walking distance of our house in the nearest village of Lucinda.  Weighed in at around 200 lbs. 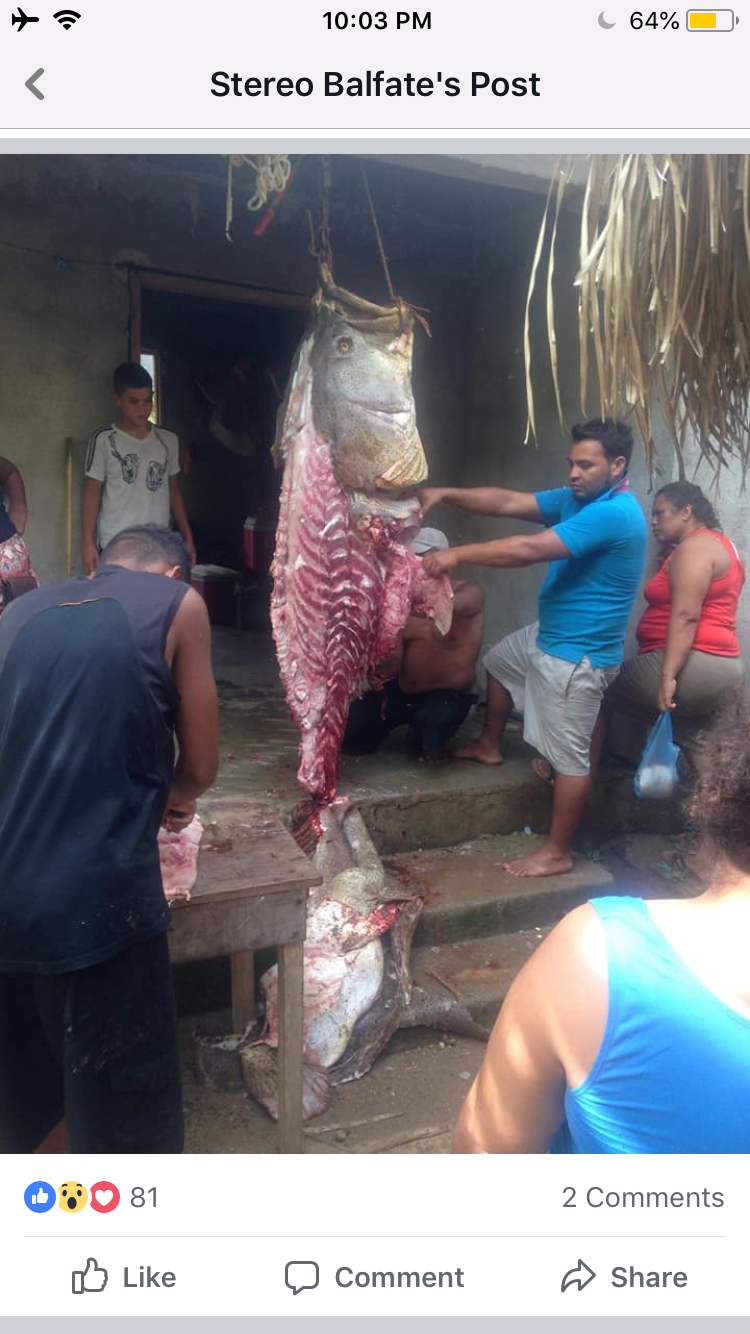 These are not graphically enhanced photos, it really was that large. 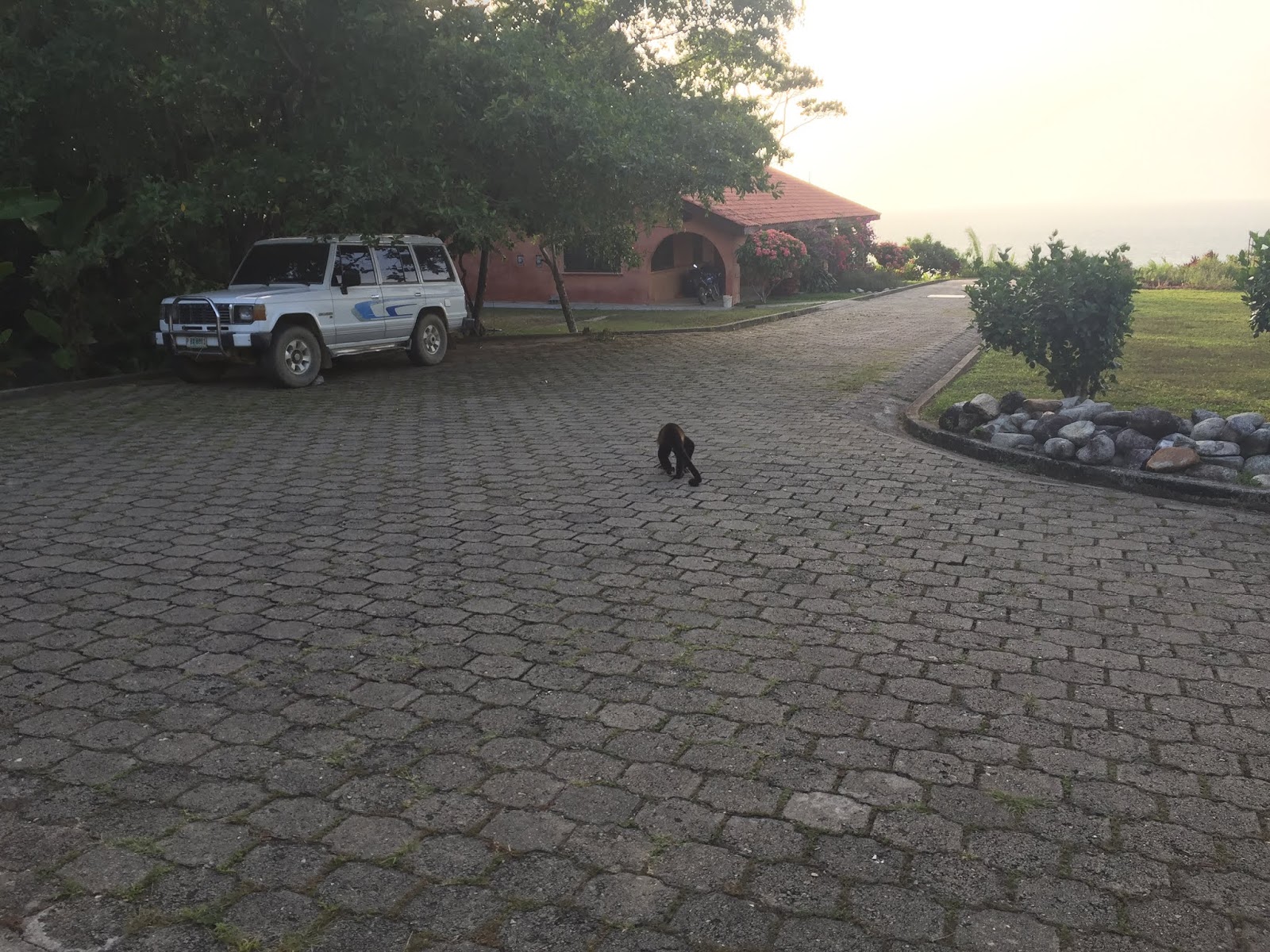 More local wildlife:  A wild Howler Monkey running across the road right in front of our house 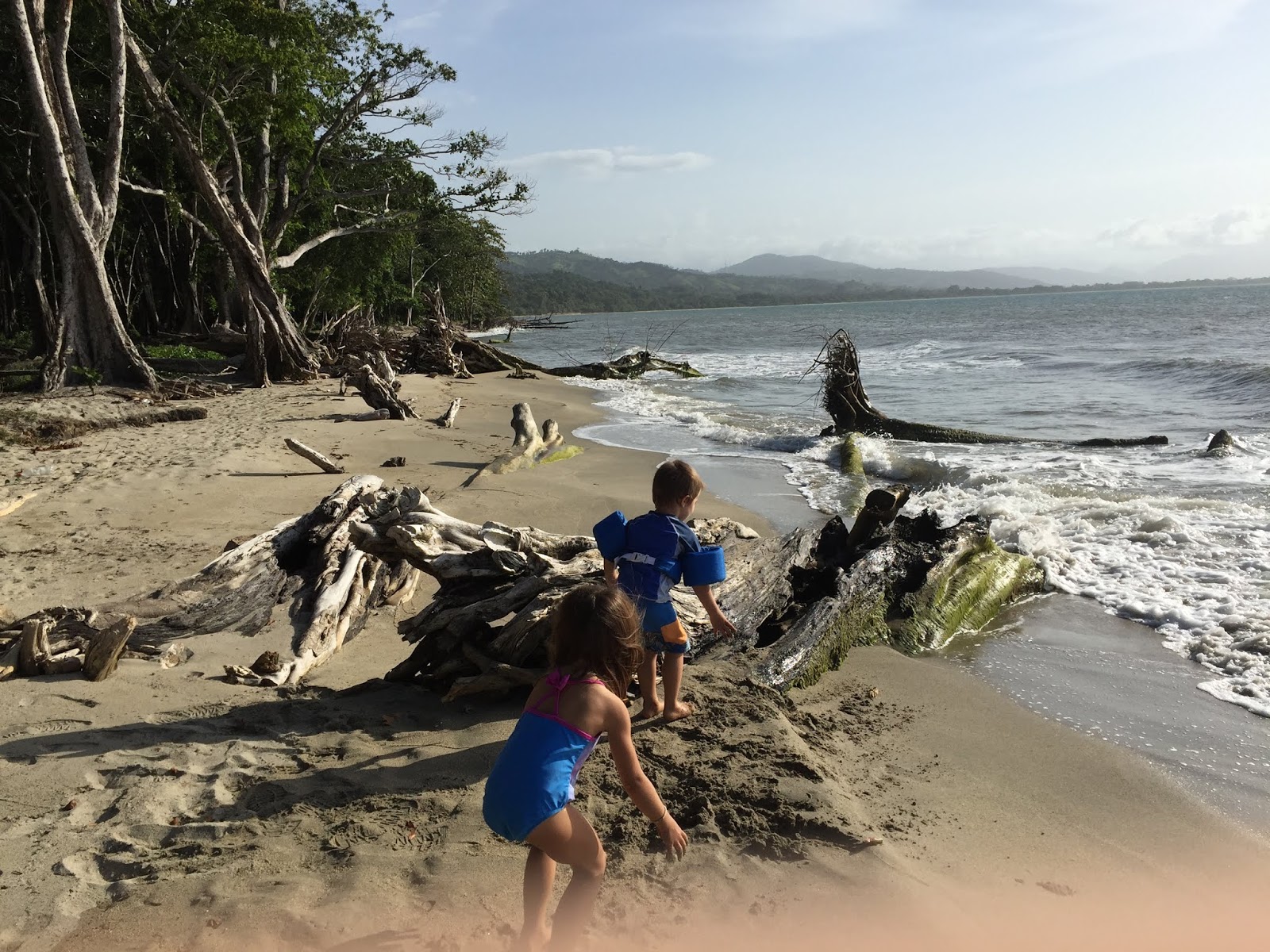 Madi and Josiah got in a crab war at the beach a few days ago.  Here they are carefully choosing the best attack route 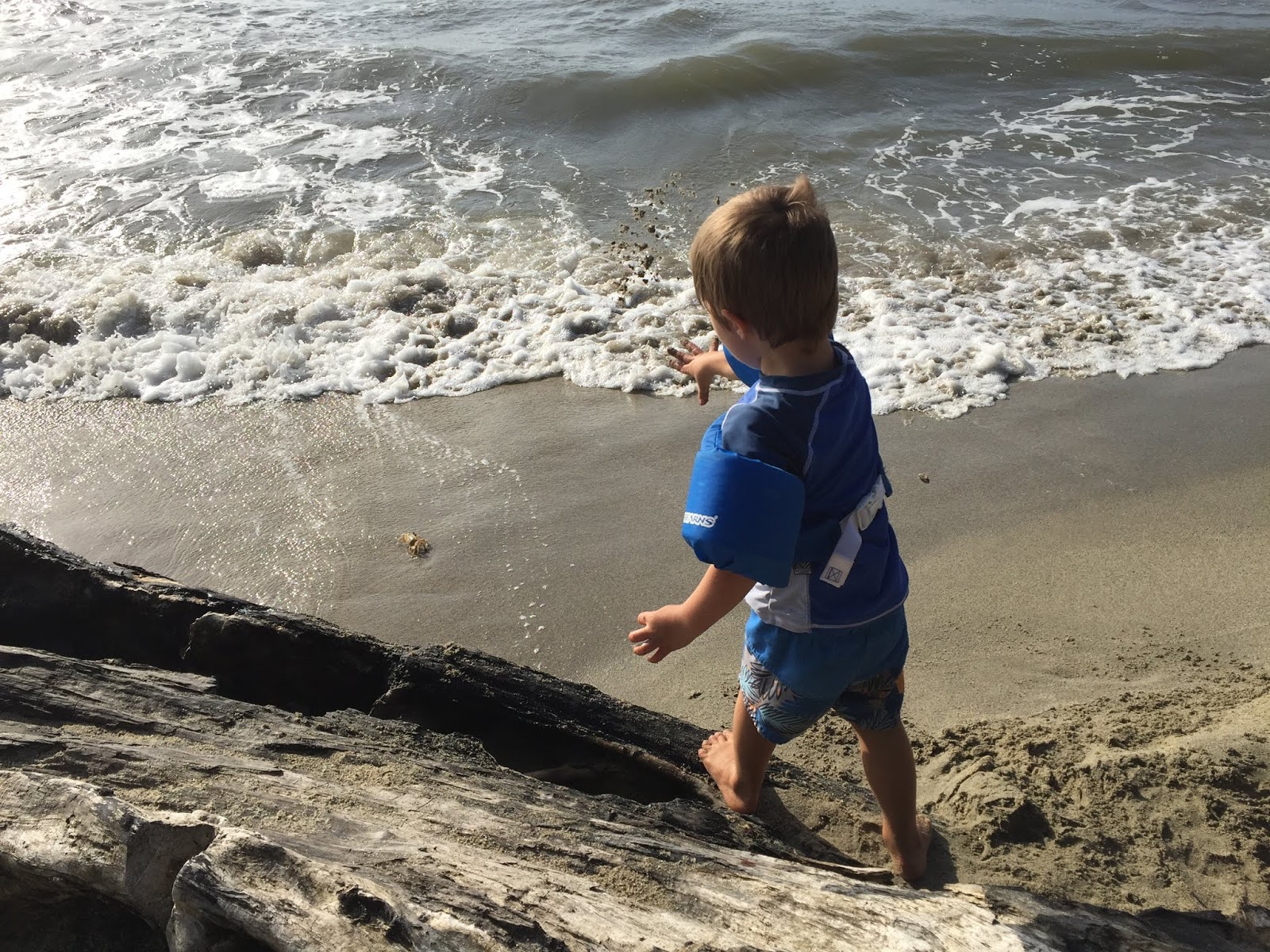 Josiah throwing sand at the crab 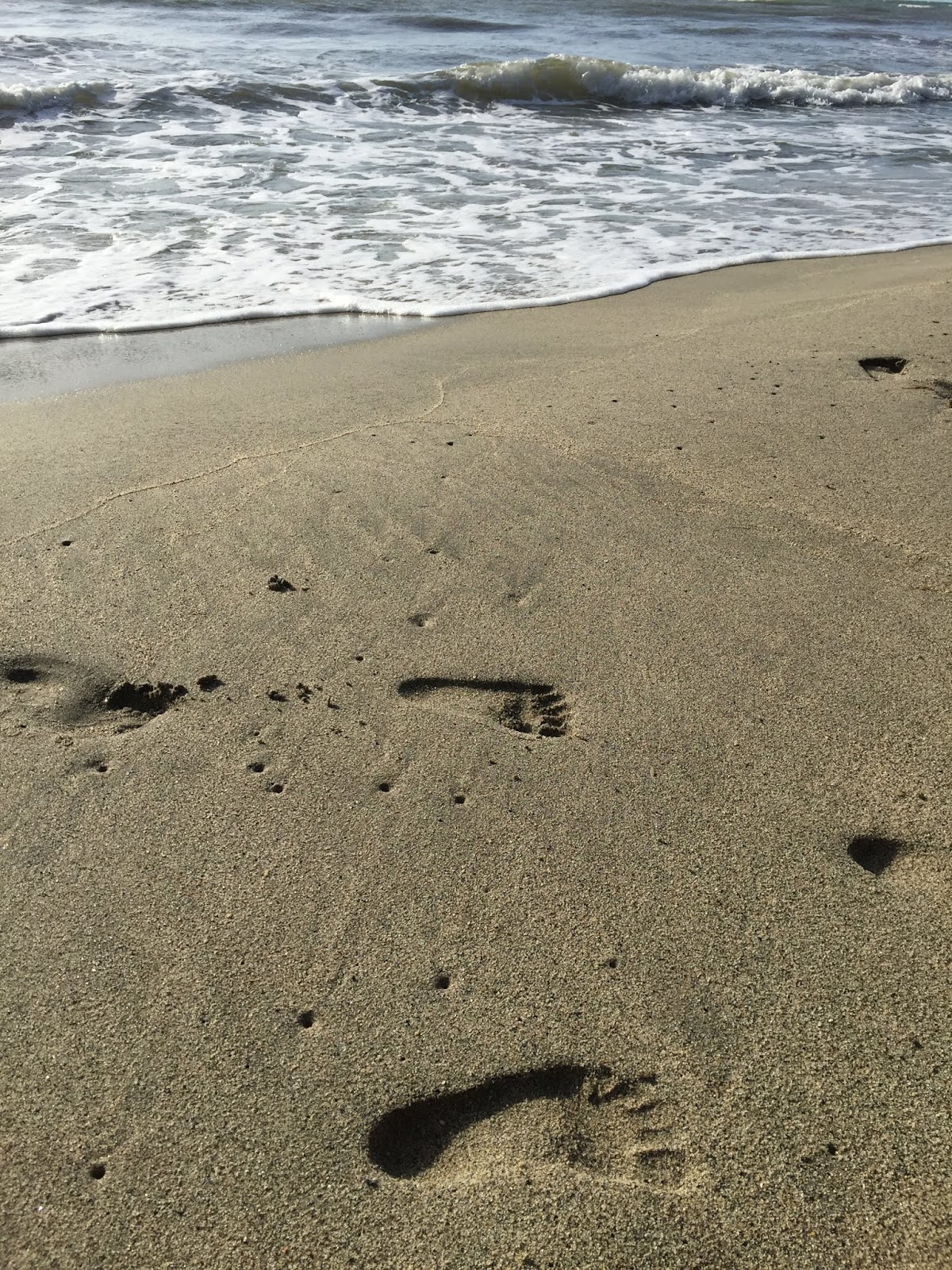 The official mark of happy children