Double N was born the other morning without too much indication that anything was wrong. I was called to the delivery not because there was any significant concern about the baby, but just to “be an extra pair of hands” at a time when we were short-staffed and the hospital was busy.

I glanced somewhat forlornly at the HUGE mountain of papers haphazardly arranged on the dining room table before I went to change into scrubs and head to the hospital. But I figured this would only be a quick blip on the radar screen of the day, and then I’d be back to continue working through those papers.

Right. I have got to stop thinking any interruption is ever short. Eight hours later, there I was, still at the hospital, with a critically ill little baby who I had intubated (and re-intubated. And re-intubated), and who was getting worse despite everything I did.

He died. 8.5 hours into life. I went to the family and told them that despite the maximum resources at our disposal, he was worsening. And all I was doing was prolonging his suffering, not prolonging his life. Did they want to hold him as he breathed his last few breaths? Did they want to touch him or dress him or call anyone before he died?

In the end, it was just the parents, Double N, and the medical team caring for him who were in the room as the parents said their goodbyes. A newborn with 4 older siblings at home who would never meet him. A mom who never got to feed her baby or hear his cry. A dad who never got the chance to cradle his newborn son in his arms. Oh, those moments tear at my heart.

I have written plenty on death. On the myriad of feelings it brings with it. On the difficulties and the triumphs and the anguish that accompany it. This post isn’t about that. This post is about a family who demonstrated beautifully strong yet simple trust. A family that made me stop and wonder at their endurance. A family who serves as yet another reminder of why I am here.

Mom was pretty sick after the C-section. So sick, in fact, that there was no guarantee that she would be able to be discharged in time to attend Double N’s funeral (Honduran custom – and law – is that burial happens within 24 hours of the death). Early on in Double N’s care, I went to the family and told them how sick he was. I told them we were doing everything possible, and that there was nowhere else that could do more. I told them that if I knew of any place that could do more, I would tell them and I would send them. But this wasn’t about a lack of resources. This was about a baby who was gravely ill and all our resources – or any resources – just might not be enough. Dad looked me in the eye and said “we want to be here. Here is where we trust you. We trust you do everything you can. We trust you to care for us.”

That didn’t make it easier to go back into the room a few hours later as it became apparent that maximum efforts weren’t sufficient to sustain this baby’s life. As I began to express how sorry I was for the baby’s imminent death, dad again looked me right in the eye. “This is life,” he told me. “This is what happens. We have to go on. We don’t blame you.”

In the end, they said their goodbyes and then asked us to take the baby out until he breathed his last. Watching his agonal respirations was not how they wanted to remember him. As there was little more I could do for the baby, I stayed with the parents. And we talked. In one of their most broken moments, we talked. And out of their hearts poured questions and fears and recollections. In those moments, we spoke of truth. Of what matters. Of eternity.

Of heavenly reunions. And when the baby’s life passed from our arms to his Heavenly Father’s, we gathered together – the family, the medical staff, and this baby’s care team – and we prayed together. What a beautiful time of seeing the church stand together. Irrespective of culture and language and background. Our small group at the bedside spanned all of that. And yet it was all pushed aside as we were united in Christ. Double N was honored in life. He was honored in death. He is even now with Christ, who sits at a place of honor in heaven, awaiting the day his earthly family will be reunited with him there. 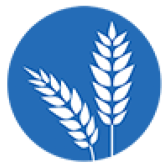