The lines are fallen unto me in pleasant places …. I have a goodly heritage. – Ps.16:6

In the quest to inform many churches and Christian organizations about the Million Village Challenge (MVC) in November, we have interacted with hundreds of people to galvanize CHE expansion. This week, we met in the home of a pastor who spent his youth in Bouna when Debbie’s parents ministered there. Pastor Francois gave thanks for those formative years of Bible teaching that motivated him along his way to what is now more than 30 years of further growth. He has served Jesus in many capacities, including as president of a large Baptist denomination. He shared his burden for the state of the Christian family in Africa. He feels called to bring transformation to families in the communities of Abidjan while also pastoring. He also shared news of a contemporary, a friend who was led to Jesus and discipled by Debbie’s dad during those Bouna years. Despite this friend being rejected by his family for his faith in Christ, he grew up to found another group of churches in Abidjan and in France. This is the hope we all have as we serve the Lord: that our teaching, example, and influence will leave an abundant heritage in our own family and in those of whose lives we touch. In turn, we trust that they will thrive and also pass on a richer heritage of heartfelt obedience to God in the generations that follow. 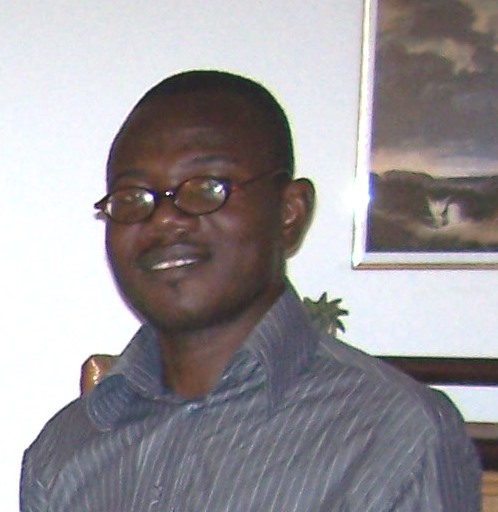 Sometimes the years of our influence are cut short by human standards. Friday, we grieved as those with hope alongside the widow and family of a dear brother in Christ. He was an extraordinary man of faith, vision, compassion, and service to the Lord among us. Saturday, September 8, he joined us in getting ready to teach at the university, enthusiastically interacting with other trainers and picking up his lessons. Sunday, after church, he was struck by a vehicle as he sought to get a taxi. He died minutes later. It was hours before his wife (who was traveling out of town) and five children (who were still at church) learned what happened. We were informed Monday morning just minutes before heading to the university site to train. Medard Gombleu left a gaping hole in the national CHE training team. His knowledge as a university teaching sociologist, trainer of his denomination’s church-planting pastors in CHE, and experiences training women in micro-enterprise will be missed. Our loss is minuscule compared to his wife and children, though, or his church and other ministries where he also held many leadership responsibilities with zeal and excellence. His goodly heritage lives on. May the numerous qualities that made him a blessing in life and ministry be multiplied in his five children who are between the ages of three and thirteen.

Continue to lift up the Gombleu family as they walk through the shock and grief of Medard’s sudden passing. Pray that during his funeral and burial this week, the hope of the Gospel will penetrate the lives of those who do not know our Lord well.
August through the middle of December, we push through the busiest season of ministry expansion that we have ever had. Please pray for our strength and that the peace of Christ will reign in our activities and relationships. We need the prayer cover to wisely invest our faith, time, and finances.