When you look at Favour, you see a fighter.  You can count every one of her ribs and her abdomen is so thin. You can see her gut moving through her skin.  After 35 days of living on earth, she has fought harder for each breath than most people will in their lifetime.  Being born too early is dangerous, but especially in a place without readily available neonatal ventilators or intravenous (IV) nutrition. 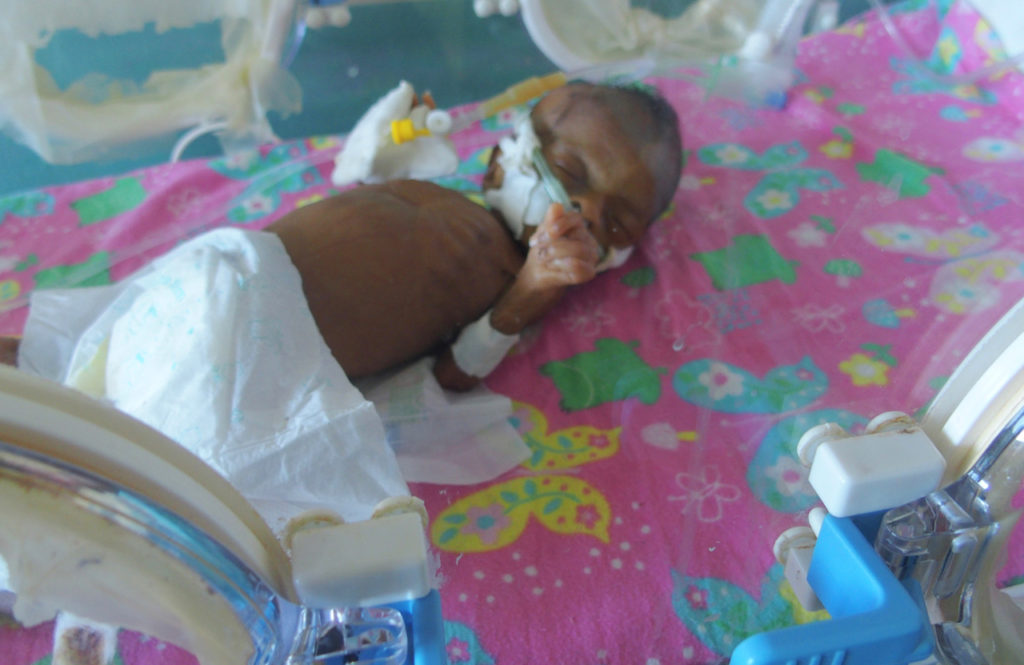 Favour was born about 3 months too early to a 21-year-old first-time mom.  She was given breast milk only once on her 4th day of life, but the breast milk her mom expressed was not passing through her system.  Her small abdomen was becoming larger and larger with each day.  An x-ray showed there was no actual blockage in her intestine, which meant it was most likely NEC, necrotizing enterocolitis.

NEC is a common and often fatal complication of prematurity. Bacteria invade the walls of intestines which are eventually destroyed, leading to further infection and death. The treatment for NEC without complications is multiple antibiotics and gut rest (no food for about 14 days).

In places like the USA and Europe, hospitals have TPN, total parenteral nutrition, which supplies the fats, calories, and proteins needed for the body to function through a larger vein.  Very few hospitals in Kenya have this product, and instead must choose to restart feeding a baby before the 14 days of treatment.  In our setting, we usually have to try and feed the infant after 7 days due to significant weight loss and other complications that occur from not getting enough calories.  Some will tolerate feeding and some will not.

After 13 days on earth, Favour finally began taking breast milk through a tube that goes through her mouth to her stomach. Her birthweight was 2.8 lbs, by that time she had dropped to less than 800g or 1.7 lbs.  It was a very slow uphill battle each day.  Her mom spent hours hand expressing breast milk that she will then feed to her daughter through that small tube.

As Favour began to improve, her calorie needs also increased.  On her 25th day of life, Favour’s milk needs were more than her mother could make at a time. She was not getting enough calories and weight loss began to set in again.  Breast milk fortifier was her best option for helping gain the weight she needed.  The fortifier is similar to infant formula, but mixed with breast milk to give additional calories and nutrition for premature infants.  Unfortunately, the cost of 1 canister is nearly a week’s wages for an average family. 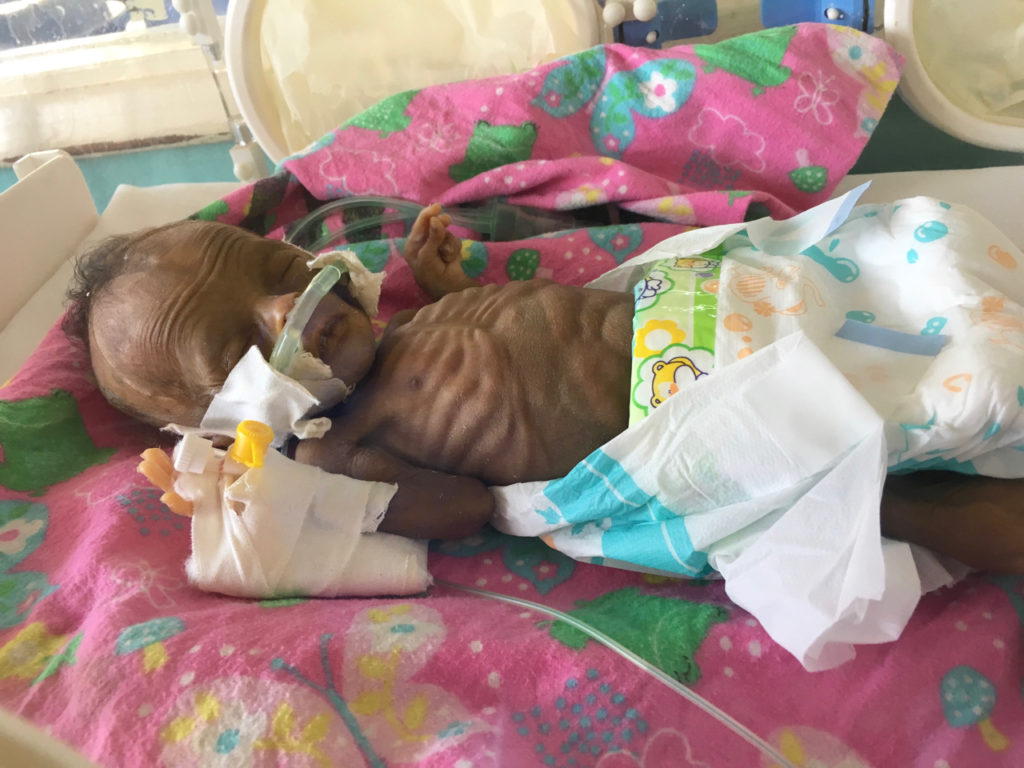 Her mom sent money with someone to Nairobi to buy the supplement and each day after that, we waited to see if the fortifier would come.  After 3 days of waiting, it was still not there.

It physically hurt to see Favour suffer from starvation and her mother stare helplessly at her dying daughter.

The Needy Patient Fund, a  fund set-up by several here in Chogoria made it possible for Favour to get the fortifier in stock at the hospital.  Right away the supplement began to help her gain weight, get stronger, and fight harder.  God has worked in countless ways to nurture and protect these fragile children. Today, through the generosity of his followers, one more of his precious gifts on earth is able to grow and fight for life. 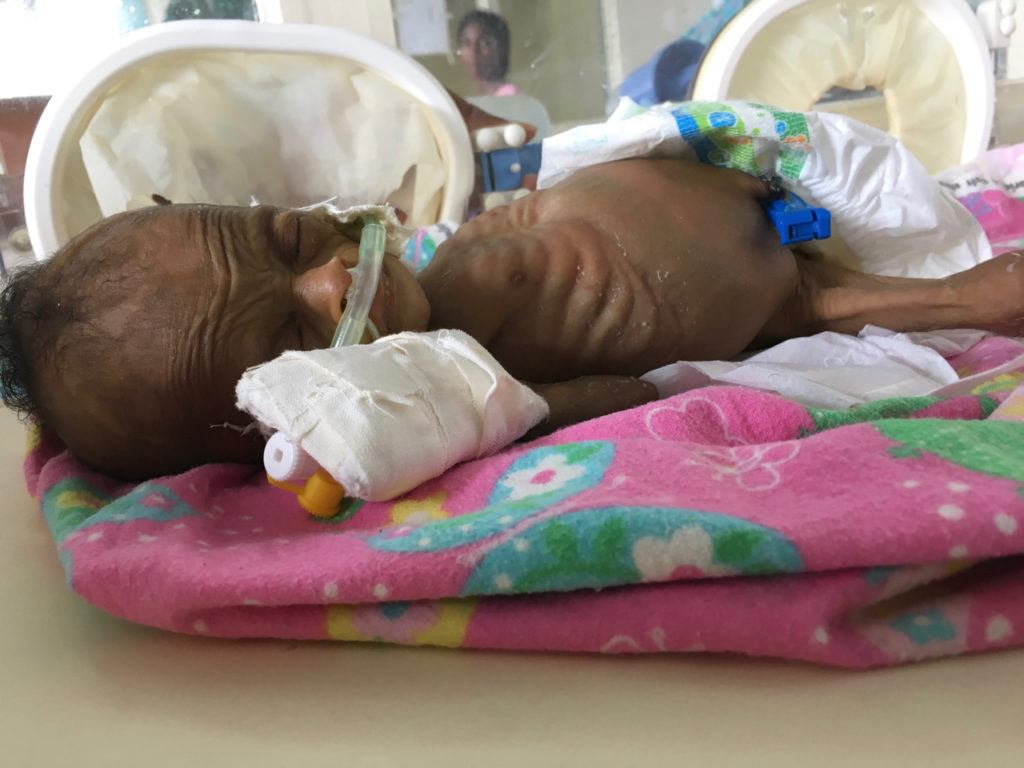 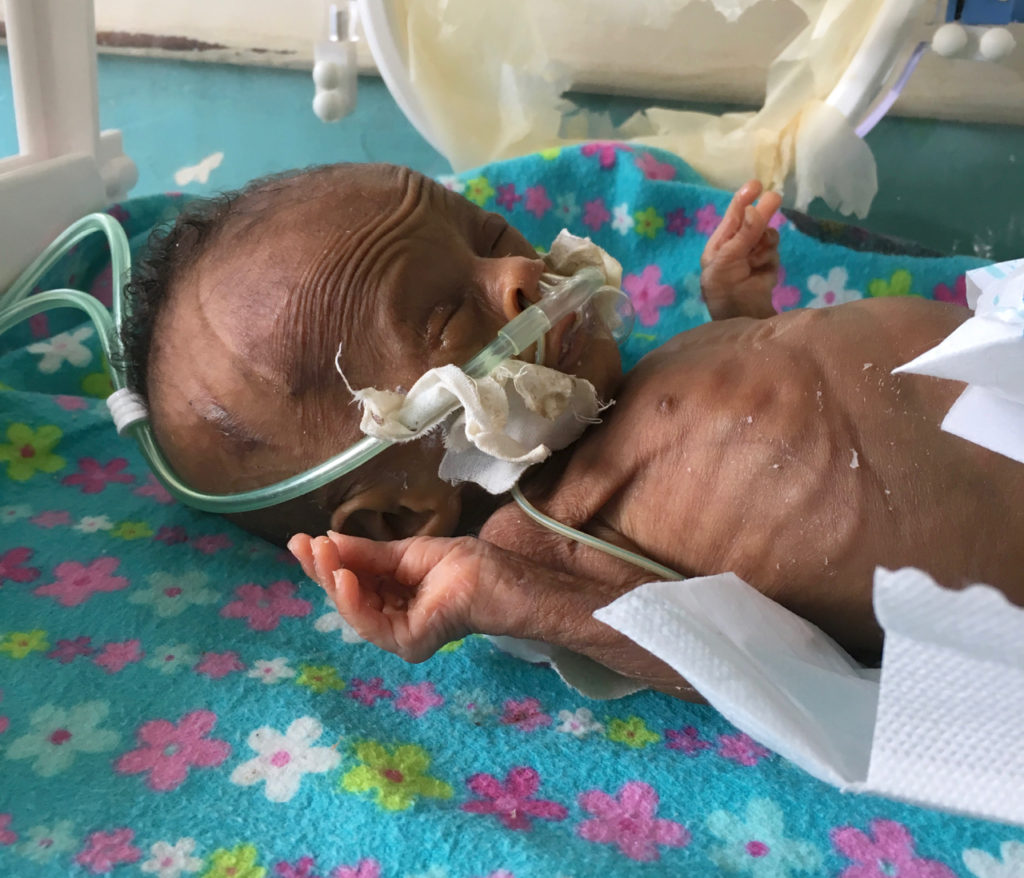 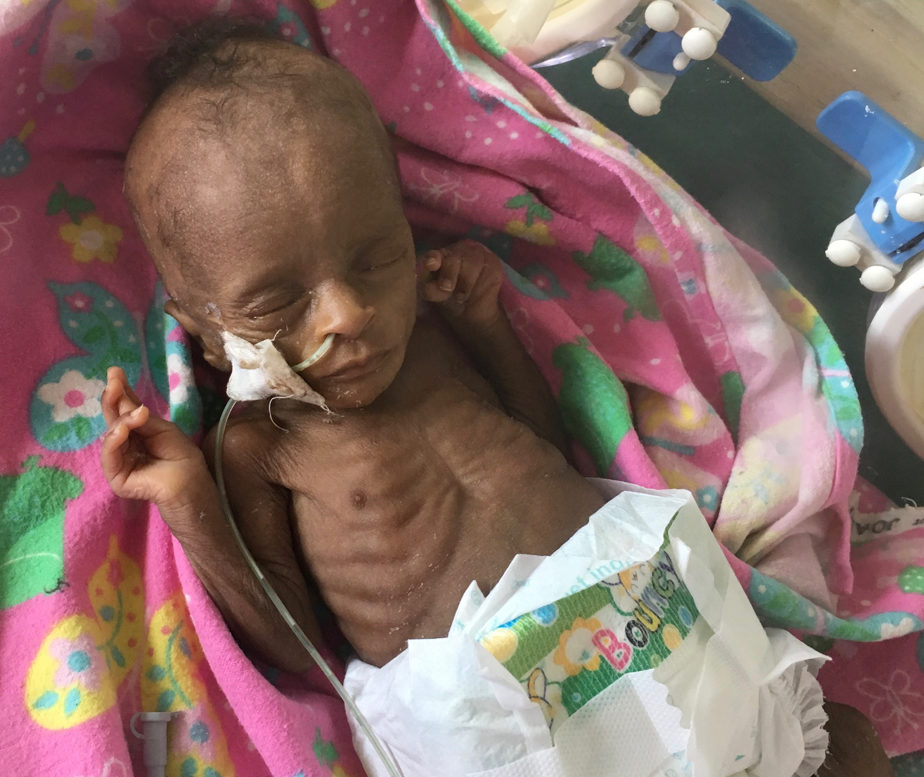 The transformation was slow but amazing! Everyday she was able to take more and more milk. Her activity level increased, and she would wake up for hours at a time. 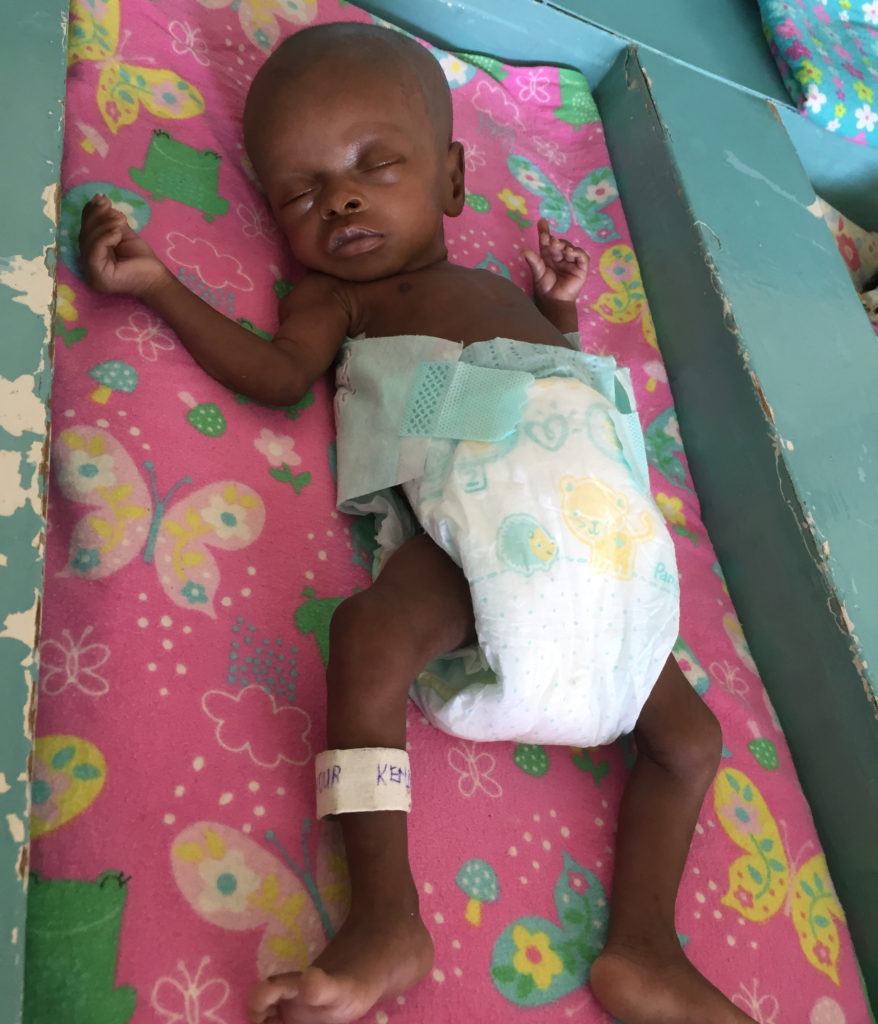 We are amazed by her mom’s love and strength.  She was a young, first-time mom with not a lot of family support.

Understandably, most days she was concerned and exhausted, but she was by her baby’s side everyday for 2.5 months.  The doctors, nurses, chaplains, and medical interns became part of her family during this time as we would cry, laugh, discuss, praise, and pray with her on a daily basis.

Medicine is hard.  Africa is hard.

Working in an African mission hospital has the potential to crush your drive to practice medicine as well as your spirit for the Lord.  There is so much pain and suffering that our patients endure, and we are exposed to death everyday.  We watch small children die of starvation and HIV.  We have watched too many souls take their last breath on earth, and it is awful.

You might think we are being over dramatic, but it is reality here.  It was and remains to be one of the hardest things about our life here.  You cannot separate your heart from that much death without closing off a part of yourself to the Lord.  So we choose to keep our hearts open to the Lord, and to the pain and loss of our dying patients.

Keeping our hearts open to the hurting is the only way we can also experience the joy of the Lord.  When healing happens, babies survive, a child goes home from the hospital, a stroke patient speaks again.  His unmistakable power is awesome to behold!

“PRAISE HIS HOLY NAME. FOR HIS ANGER LASTS ONLY A MOMENT, BUT HIS FAVOR LASTS A LIFETIME! WEEPING MAY LAST THROUGH THE NIGHT, BUT COMES WITH THE MORNING.”

We lifted up praise every time Favour grew, crossed a new milestone and was finally ready to go home with her mom. Her story is an encouragement to all of us and an example of God’s love and mercy for Favour and her family.

Our life in Kenya is not easy, but we would not trade it for another.  This is our calling, the life God carved out for us in his world, and we continue to follow Him daily.  We are challenged and sustained by Him alone.