She laid in the bed, her little body covered in sweat with oxygen tubing in her nose.  I stood near her head, but unlike other kids her age, she was not scared of my white skin and coat.  She had not responded to sounds, lights, or touch for over an hour.  Her mother and father sat directly behind me on each side of her. I looked into their desperate faces and then back to their little girl and my heart broke. One and half-years-old is too young to be fighting for your life.

Sarah arrived in the pediatric clinic with diarrhea and fast breathing 18 hours earlier. It was the middle of a cholera outbreak and many adults and children were coming to the hospital with similar complaints. Cholera outbreaks don’t happen in the Unites States these days. Water treatment facilities and routinely maintained water systems keep you safe (in general). 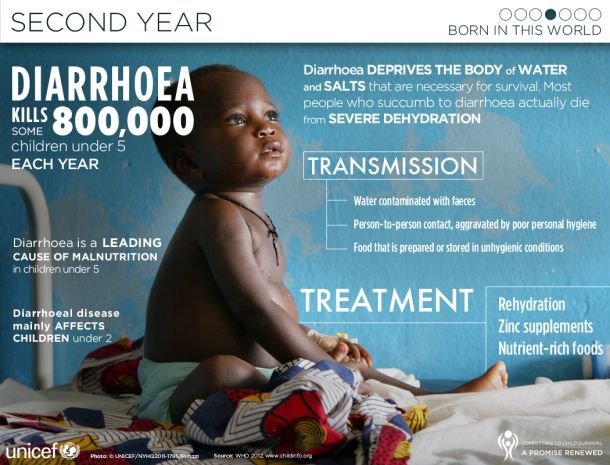 In children under the age of 5, dairrhea is the leading cause of malnutrition world wide (unicef.org). A malnurished child lacks the energy reserves and immune system needed to fight other infections.  It is like getting into a fist fight with a bear, no matter how strong you look, you will never be strong enough to win.

Thankfully, she did not have cholera, but she did have moderate malnutrition, something lots of children have in rural areas similar to where we are.  Her parents did NOTHING wrong, it was NOT becuase of neglect or abuse.  Let me make that very clear. Malnturion is a multifactorial problem.

Her naturally soft, dark and curly hair was coarse and had faded to a light brown.  Her lips were dry, her breathing quick and shallow.  My intern gave me a summary of her history and what had been done to help her so far.  Intravenous fluids, antibiotics, oxygen…the extent of our treatment options.

The heart and oxygen monitor on her finger alarmed, I listened to her heart and confirmed the heartrate in the 180s (very high). Her oxygen level dropped to the 50s (normal is greater than 90), her arms would not bend and her eye lids fluttered.  She was having a seizure.

I looked up and saw my team of interns, ward nurse on duty and nursing students surrounding the bed. The only faces I really remember were her parents.  Their eyes were full of shock and fear.  I began deligating to my team…diazepam, oxygen mask, another IV line, increase her antibiotics…pray.

It sounds cheesy, but in the moment I actually pointed to one of my interns and told her to pray.  Eventually the seizure stopped, thanks be to God. I had no idea if she had an infection in her brain, or if her fever caused the seizure. It could have also been problems with her electrolytes caused by all the diarrhea.

After Sarah stabilized we moved to another patient nearby. When I looked outside, her grandmother was kneeling on the ground, beseaching the Lord in prayer, arms and voice raised.  It was not the first time I saw such dramatic forms of prayer, but never had I seen it outside of a church. She kneeled on the ground, surrounded by her other family, crying out to God for healing of her granddaughter.

The nurses moved Sarah to a side room, kept her on oxygen and she was monitored by the nursing staff constantly.  Her head was partially shaved to place another IV into a scalp vessel. She looked awful, but she was alive.

We gave her antiobiotics and IV fluids, and we prayed, a lot. The next twelve hours were filled with waiting, frequent reassessment of her breathing and if she would wake up. Her mother sat in a chair next to her bed for hours.  When Sarah’s breathing stabilized, we allowed her to hold her daughter, hoping the contact would offer the little girl comfort while she continued to fight.

A Bible sat next to Sarah on the bed, covered in IV lines and oxygen tubing.  It is an image I will hold in my heart forever.

I could not practice medicine without faith in God.  I would never survive the emotional roller coasters and soul crushing loss without a relationship with Jesus. He fills my heart with peace in his love, comfort in his strength, courage in His power.

I ended my work week by handing off her care to Jared.  After 36 hours she had not woken up yet, but her breathing had improved.   It took another 3 days before she was awake and eating.

In the end she stayed for over two weeks in our hospital, compelting a full treatment for meningitis, improving her nutritional status and monitoring for recurrence of infection.

I was walking from our consultant office toward the medical ward one afternoon when a man starting yelling at me.  Shouting is not something people do here, especially at female mzungi (white person) in the hospital, wearing a doctor’s coats.  I stopped out of curiosity and a man I did not recognize ran up to me, “Daktari (doctor), praise God my daughter has been healed!”

I just looked at him, “What?” I had NO idea what he was talking about.

“You took care of my daughter, she is better!” I gave him a polite but basic answer without committing to any understanding who or what he was talking about. 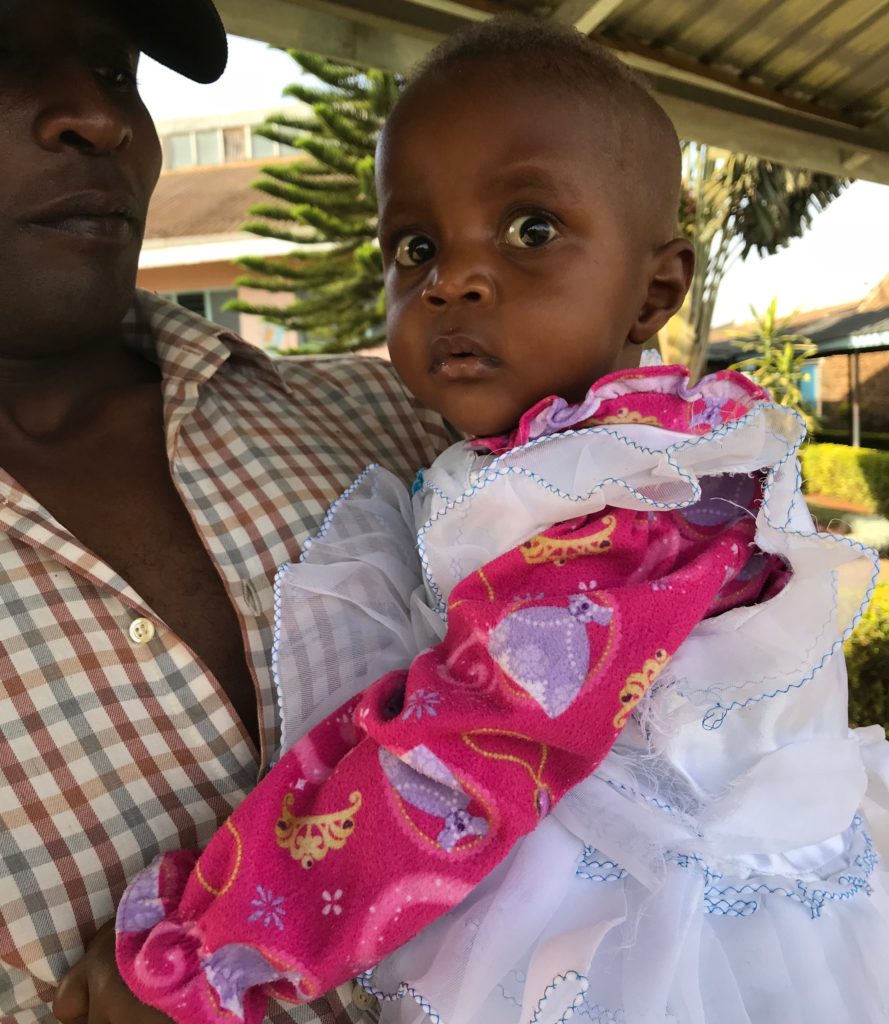 An hour later he found me again, holding Sarah.  His precious daughter was healthy and happy.  She looked like a competely different child.  I could not believe the transformation.

I maintain a healthy level of realism when caring for the severely sick.  I belive God can and does heal, but I also personally know that he does not always choose to heal.  I know God works within survival and death.

I had prayed over Sarah the last day I cared for her in the ward. She was covered in tubes,  blankets, wearing an oxygen mask.  I laid my hands on her head and shoulder and prayed healing over her.  She survived, but it was NOT me.  I have prayed over countless patients that died. Numerous people prayed over her during her illness, she was healed by God’s power, nothing else.