“Doc, can you help our son, Philip?”  While I was standing at the bedside, one of Philip’s caregivers had asked me this question.  I had just finished my exam of their 9-year-old child who was brought by his family from another healthcare facility.  Two days before he arrived here, he was taken to another hospital for fevers and multiple seizures.   At the hospital, he stopped speaking, opening his eyes, and finally he completely stopped responding to noise, touch or pain.  The family came to our hospital looking for help because he was not getting better, only worse.

The team did a wonderful job caring for the child in our casualty department (emergency room), and he was obviously not in any pain.  I looked down at him, watching his chest rise and fall, but he remained completely unresponsive.  He was very sick and truly could have stopped breathing at any point as I was standing at his bedside.

The Medical Officer Intern and I spoke to the family about his condition, and we were very honest and open with them.  We talked for a brief time about their faith and prayed with them.  I needed them to know we would care for and treat their child as best as we could.  We emphasized our amazing team here that would support Philip, but that it is God who heals and that we really needed His help as we cared for their son.

After I finished talking with Philip’s family, I prayed, took a deep breath, and then went back to the team.

We started discussing more about his condition and the possible causes.  After getting some of the test results and looking deeper into the history, we made the diagnosis of cerebral malaria and started treating him immediately.

None of us considered malaria initially, because in our region (high altitude) malaria is less common than other parts of Kenya.  During the rainy season in Malawi, we would see multiple cases of severe malaria each day.  I am very thankful we do not see it much here, but it does show up from time to time.

Cerebral malaria can not only cause seizures and coma but can cause severely low blood sugar, kidney failure, respiratory distress, severe anemia, and sudden cardiac death. We have seen all of those complications in our almost 4 years in Africa.  Patients with seizures and who have been unconscious for long periods of time -such as Philip- usually have multiple complications of the disease and are very difficult cases to manage.

For the next two days, Philip’s condition did not improve.  He did not get any worse, but he was still unconscious.  The medical team was as discouraged as the family that there was no improvement, but we prayed and did everything medically possible to support Philip.

On hospital day #3, I went to Shinda (Pediatric Ward) to see Philip before rounds in the morning and noticed that he occasionally opened up his eyes and looked around.  Progress!! 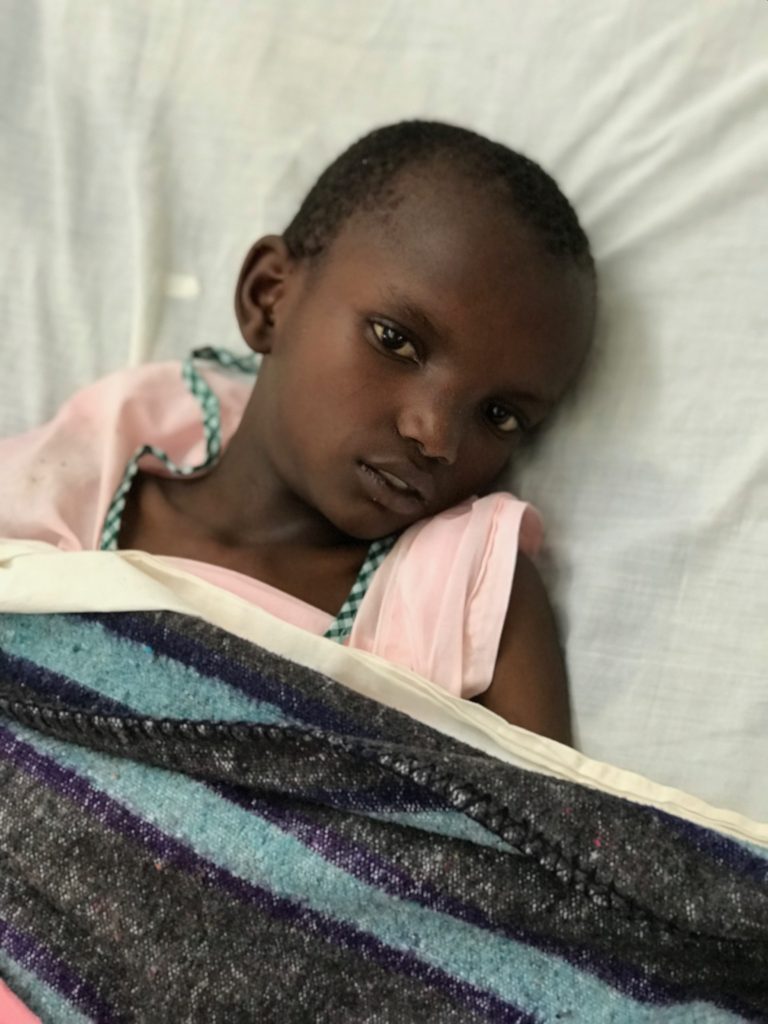 Over the next 48 hours, his only activity was opening his eyes to look around the ward.  He could not speak, move his arms or legs, open his mouth, or move his head.  Finally, he began to respond to his name and eventually started to follow some simple commands.  More progress!!

Finally, he began to sit up by himself and even got out of bed.  One morning, the intern reported during rounds that Phillip had gotten out of bed and ran out of the ward overnight.  He was scared and did not want to be in the hospital any longer.

My team was confused why I was so excited that he tried to run away, but you have to be somewhat healthy to escape the hospital on foot. It meant he was getting better.

It took 3 more slow days, but he was able to eat with the help of his mom.  He was too weak and uncoordinated still to feed himself.  Slow, but progress!!

Philip remained confused and scared over the next couple of days.  His emotions which are controlled by the brain were slow to reset along with his muscles and nerves.  Both symptom improvement and healing time varies for patients with cerebral malaria.  Sometimes children are back to themselves in a couple of days while sometimes it takes much longer.  Our nurses were wonderful in comforting Philip and his mom during that time.

As the confusion and fear resolved, his speech slowly pick up. His first words after close to two weeks of severe illness were “mama.” His mother’s eyes began to flow with tears of joy because none of us really knew if he would start speaking again.  Over the following days, his words became more and turned into sentences again.

Philip’s energy level and coordination improved to the point he was able to play on the playground outside the pediatric ward.  One afternoon, a day or two before he went home, the intern and I went outside and passed the soccer ball around.  He was smiling and almost back to himself. 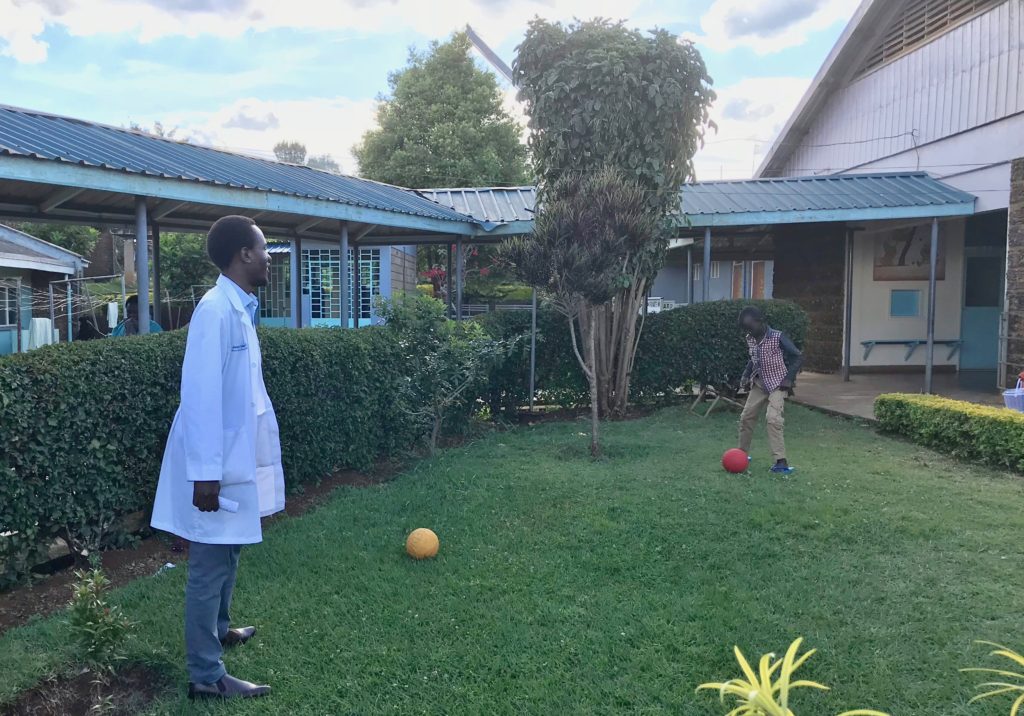 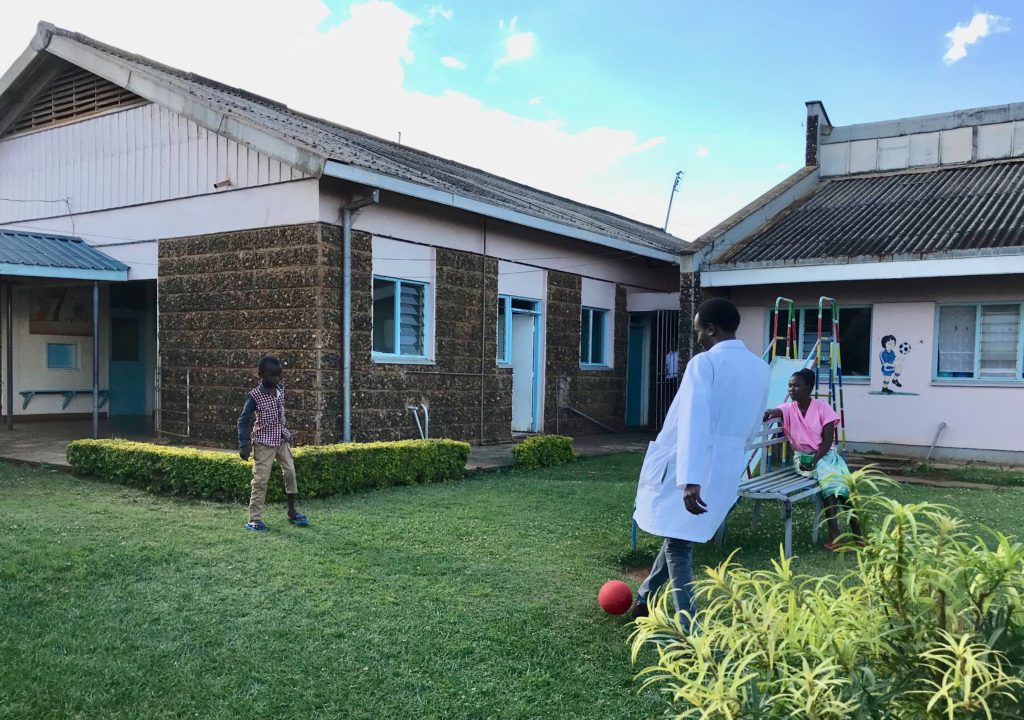 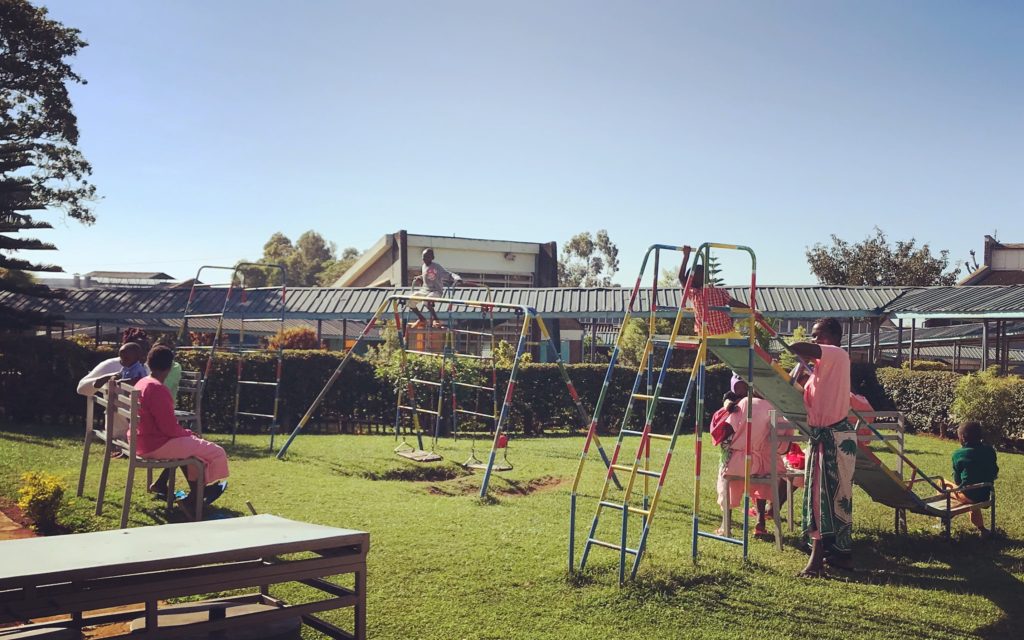 It was amazing to see this dramatic change from being in a coma to playing soccer over a two-week period.

The other blessing in this story is that the benevolence fund at the hospital was able to help his family pay the hospital bill, so Philip and his mom could go home.  Philip’s family is poor, more than the average patient we have at our hospital.  They did not have the national health insurance coverage that costs $5 a month for a family.  His care at the hospital was long enough (over 2 weeks) that it would have taken months for the family to pay the bill.

We are all thankful for the hospital and the benevolence fund for being a true blessing to this family.  The entire team, from those that cared for and admitted Philip in casualty to the team discharging him from the hospital, did an excellent job in caring for and treating Philip.  We are blessed to be part of the team here. 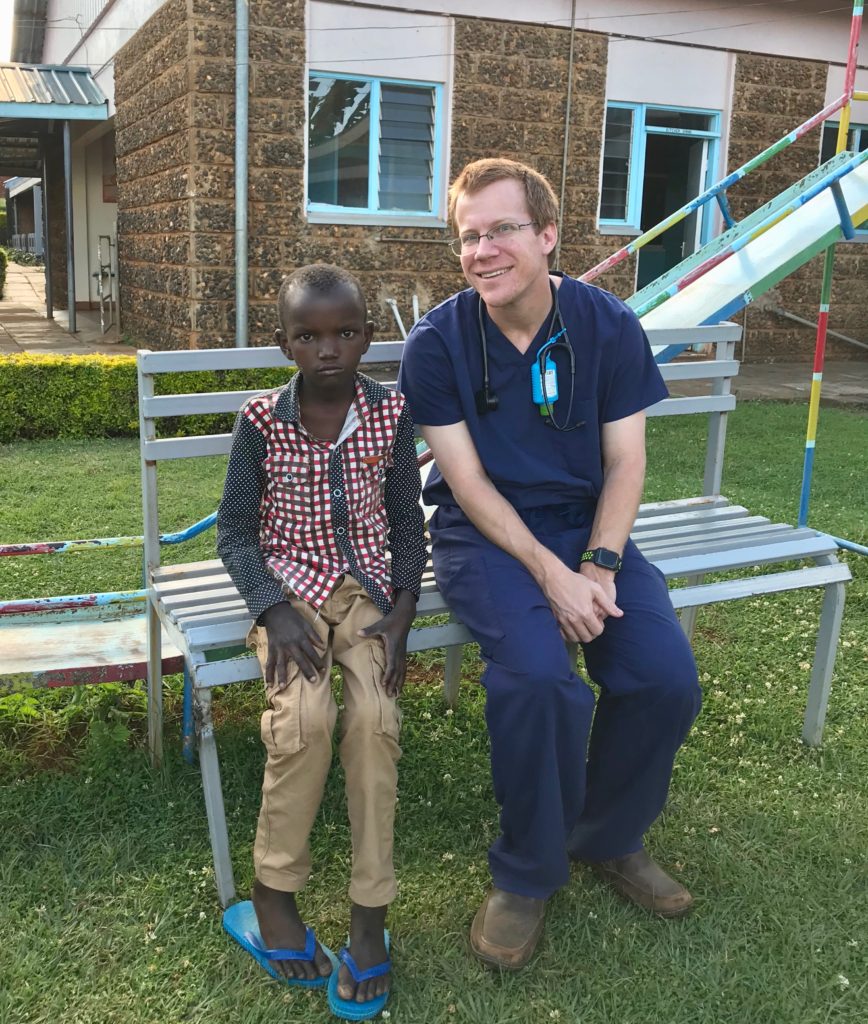 It is cases like these that humble you and really force you to rely on God.  In our setting, a lot of patients in Philip’s condition die. We do not have an intensive care unit for pediatric (or any) patients with monitors and all the equipment like ventilators that you would see at a hospital in the United States.

We have a blood pressure machine and a pulse oximeter machine (measures level of oxygen saturation in the blood) to monitor patients in the ward.  We can do pretty basic lab tests and imaging, provide oxygen, and administer basic antibiotics and other medications.  We have more resources than most hospitals near us in Kenya, but it is still very challenging to care for critically-ill children in our setting, especially if they are patients like Philip who are unresponsive.

We depend heavily on our team of nurses and doctors in the pediatric ward to monitor these children as best as we possibly can in this setting.  However, even with the resources and personnel that we do have, it is still not enough.  We need God to be at the center of everything we do.  He is the Creator and Healer.  The whole team in this story is a part of the Kingdom effort at our hospital to care for the physical and spiritual health of Philip and his family.

Please continue to pray for our team as we care for our other patients and their families facing challenging situations this week.

Last month, the hospital had a sports day.  The teams were clinical (doctors, clinicians, lab techs, pharmacy, etc.), nursing, administration, and the nursing school.  The nursing school students destroyed every other team in almost all of the sports. The nursing school team’s average age was much younger than the other departments.  Jared played on the clinical men’s soccer team and Jenny stepped in for a little bit during the female clinical soccer game.  The event was tons of fun and great team building for the entire hospital.  Jared was a little sore after a week of practice and the games.  The other events were badminton, table tennis, net ball (look it up), and volleyball.  Next year, we are going to have to find a way to compete with the nursing school. 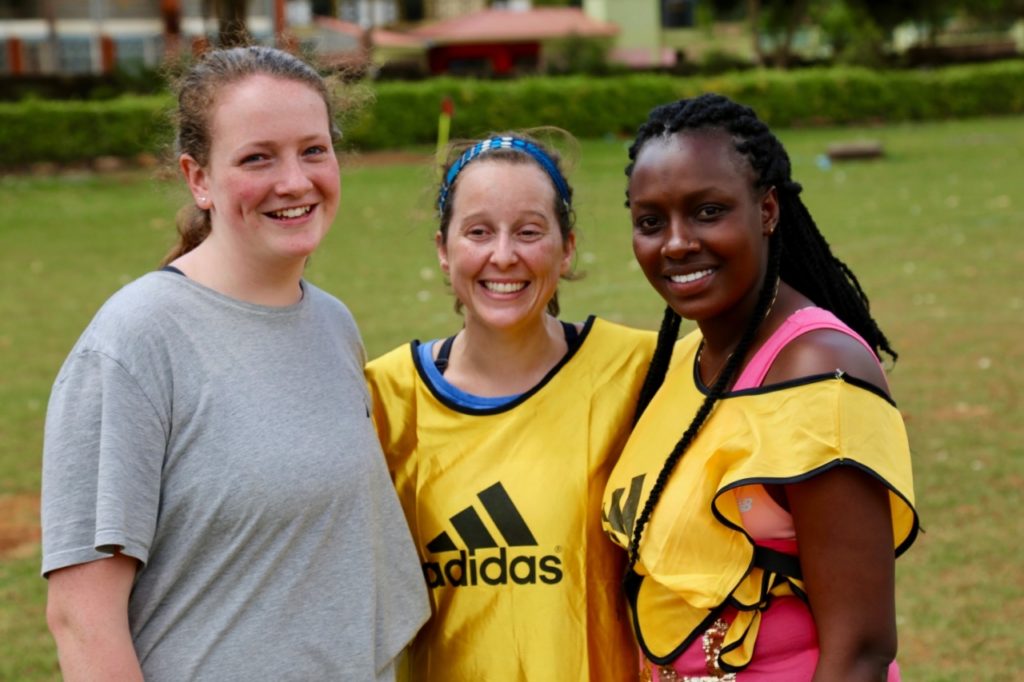 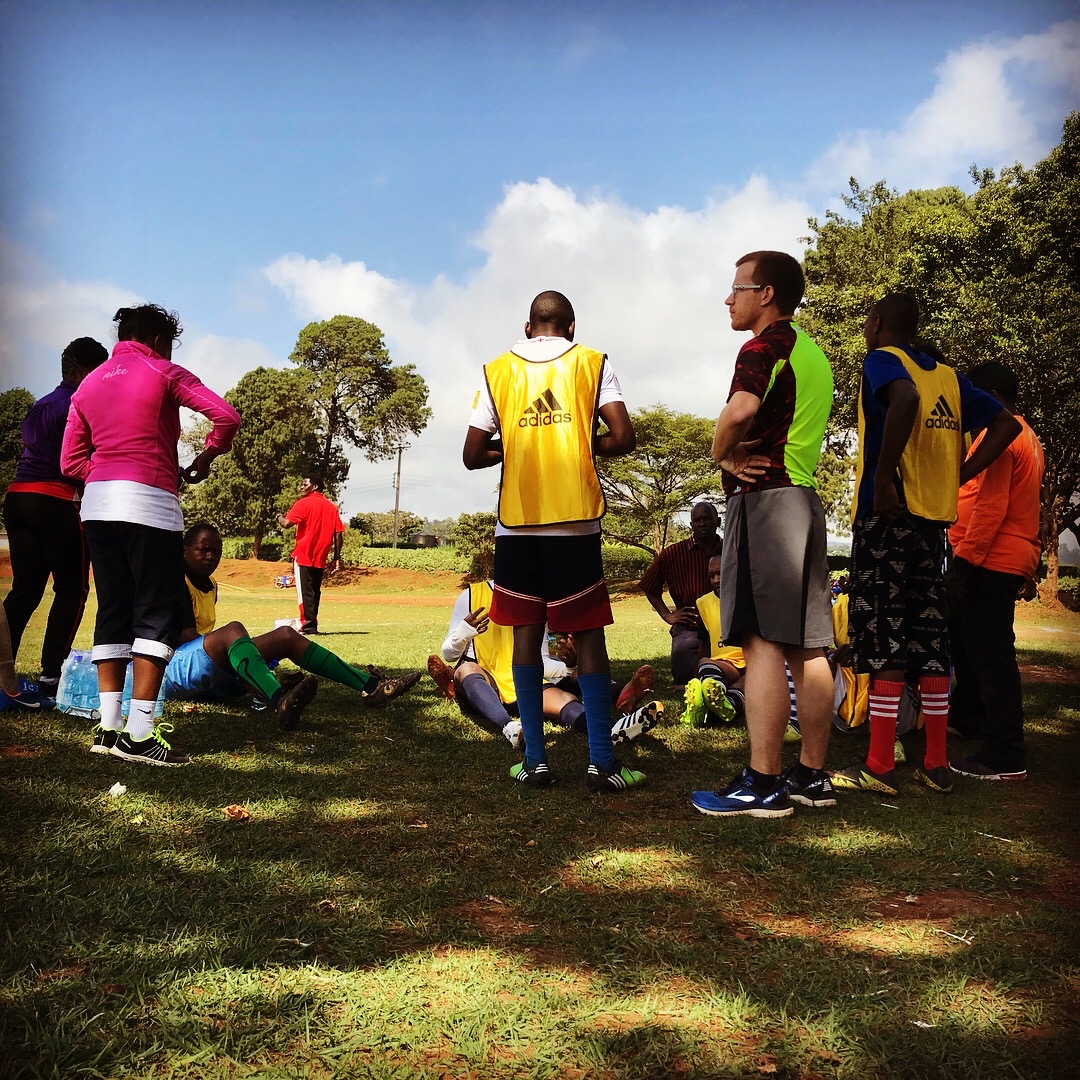 We are blessed with a community of neighbors who have little ones close to Sophia’s age. 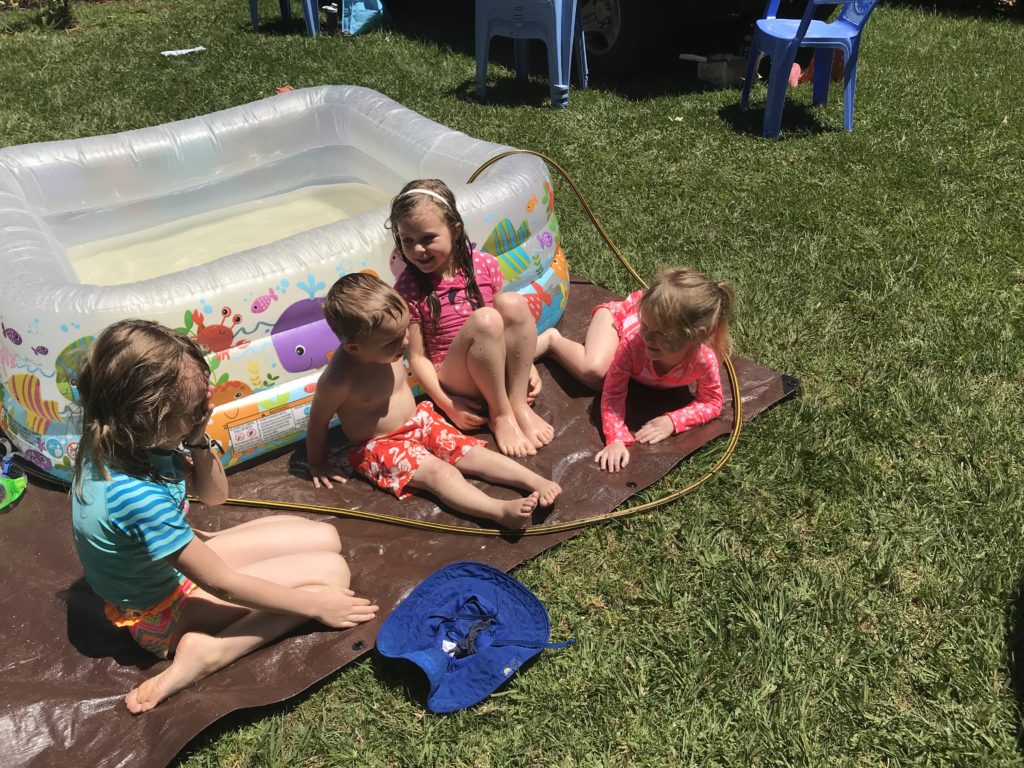 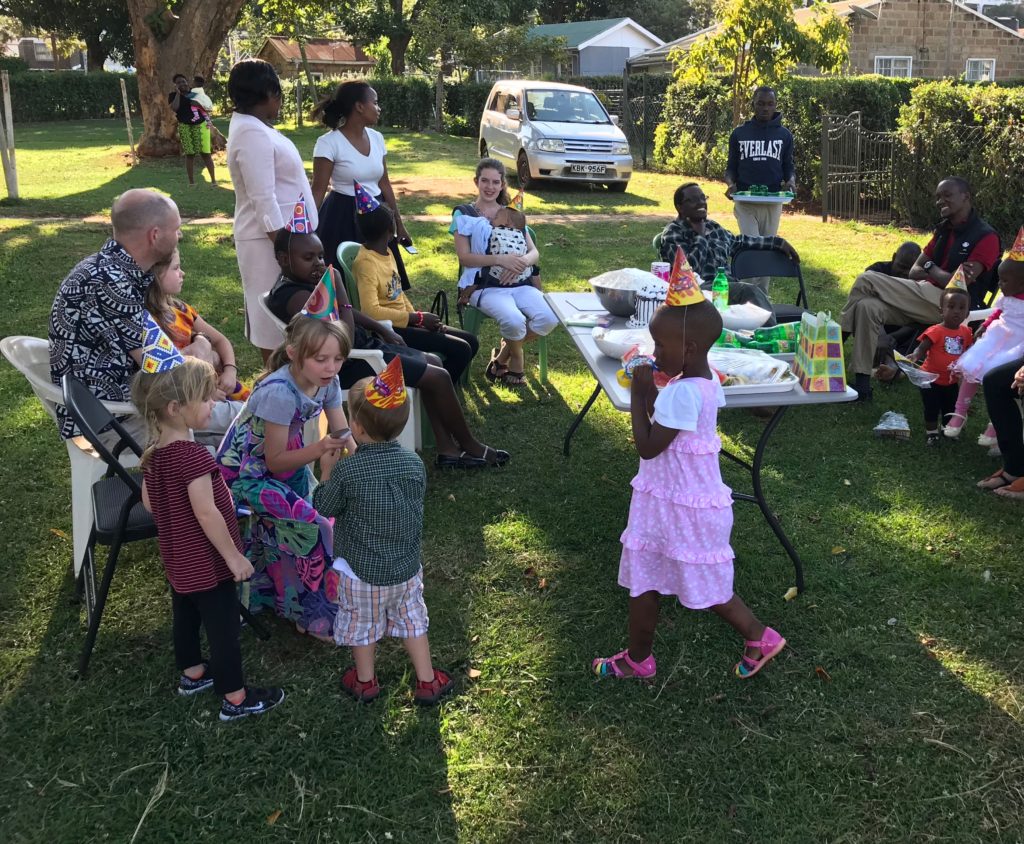 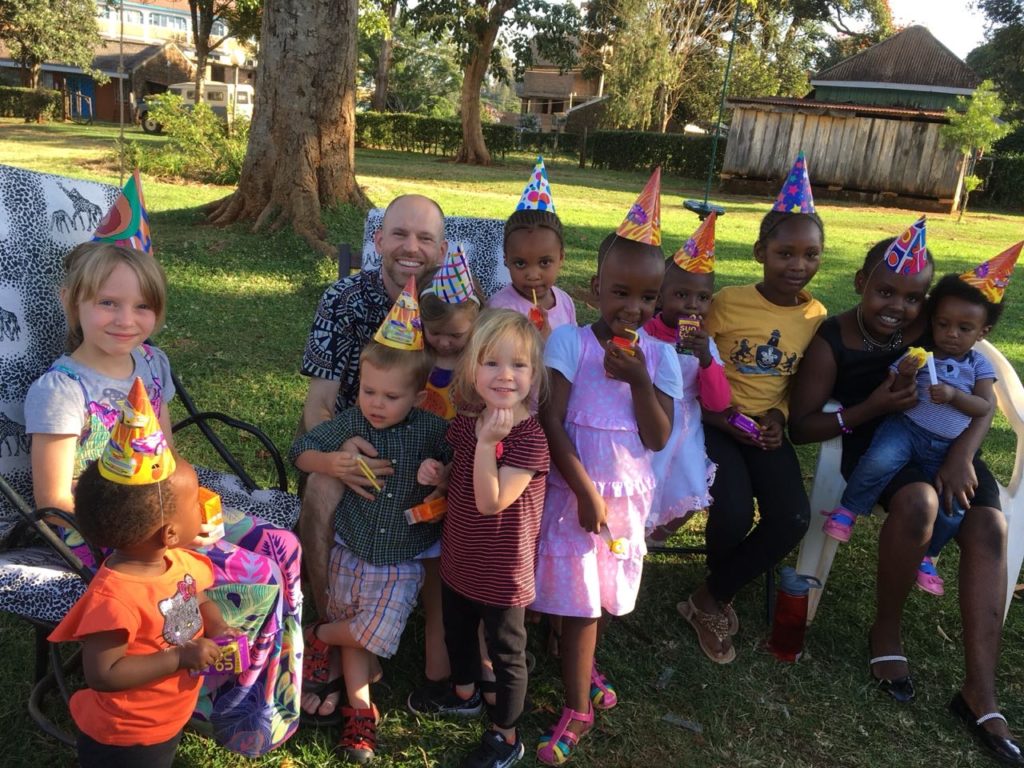 We will be coming back to the US for part of October and the month of November.  We are looking forward to seeing everyone after so much time away.  Sophia is excited to see her grandparents full size, not just their faces on a screen.  Although, we are very thankful for FaceTime/Skype and the ability to use it to communicate with family and friends back home.   We will be traveling to at least five different states to visit friends and family, fundraise, and of course do all of those small things like doctor/dentists visits that we need to get done while we are in the US.  Keep us in your prayers as we start to travel next month.

Sophia got sick a couple of times in the last two months, just viral infections with high fever.  It resulted in a few sleepless nights for the entire family, but she is COMPLETELY recovered and running wild again.  Of course, last month, she was so kind to share all of her viruses with the rest of the family as well.  However, September has been a much better month so far for our family’s health, so we are grateful that we have all been healthy so far.

Sophia is growing fast and a lot of her pants are becoming a little short.  She is so excited that she is “getting bigger like mom and dad.”  While she tries our patience several times a day, she also makes us laugh.  We have a whole lot of fun together as a family. 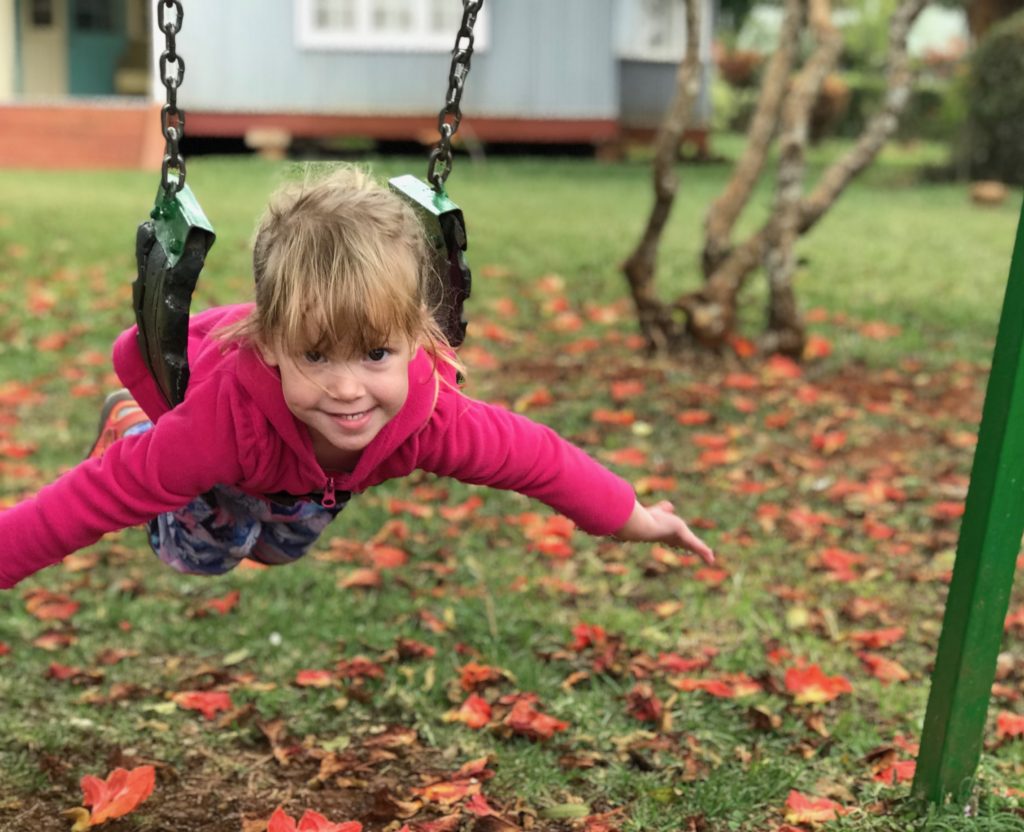 We are thankful for everyone who continues to support us emotionally, spiritually, and financially.   Without your continued support, we would not be able to serve patients such as Philip and his family.  You continue to be a blessing to our family and the Chogoria community.  As we mentioned in our last blog post, our “lean season” (time in the year our donations are lowest) in fundraising is usually from July to October.  Over the last couple of months, we have received some one-time donations, and we praise God for these gifts!  If you are not already financially partnering with us now, pray and consider partnering with us this month!  Go to our: Partner with Uspage to see how you can make a one-time donation or become a monthly donor as we serve in Chogoria.   Again, continue to keep our family in your prayers over the next month.