We try to have the content for each update by Wednesday. This week Verlin began writing twelve minutes before our self-imposed 5PM EST Saturday deadline to post. We missed it today, but our faithful Lord kept His deadlines. One in particular hints at a mighty act He prepares to do, again. 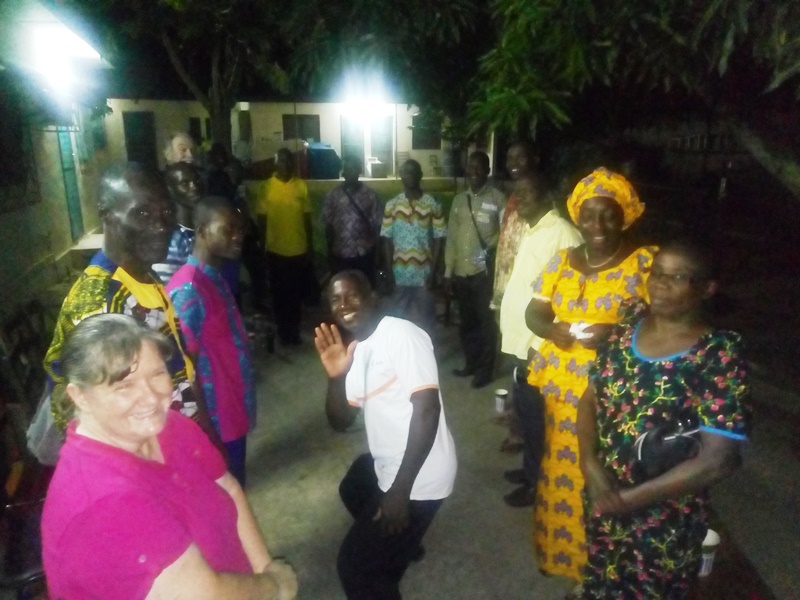 Verlin picked-up Jean-Marc Fritsch at the Abidjan airport Thursday. He arrived to do a training here from Tuesday December 4 through Thursday the 6th like that we first shared in June 2016. He and his wife have facilitated such moments for 22 other nations to see church planting movements (CPM) affiliated with Community Health Evangelism (CHE) in several. As is always, the results of the training depend upon the faithful response of the hearers. We just finished hosting a reception for him with about twenty pastors and Discovery Bible Study (DBS) leaders that we have been mentoring in Disciple Making Movement use of the DBS. Tonight we calculated together the 12% of the 700,000 regional population of Bondoukou that must be won in our working together to experience a movement that brings the majority of the population in our town and the region to Christ. The attending leaders represented seven denominations that Verlin identified, including several Free Will Baptists. We have known since nearly the beginning of our service in 2001 that we would have to grow our own laborers, but we also knew God would send us additional laborers. This week He did it in a way that encouraged the faith of all involved.

Our focus has had to be upon the town of Bondoukou because our four fold ministry format (i.e. national networking, university trainings, demonstration agricultural development, local activity) already stretches us thin, but the sense of the Pastoral Collective leaders in Bondoukou was that leaders of the entire region must be trained. We continued on not knowing how God would provide, but trusting that He would. Verlin received a return phone call unexpectedly Tuesday morning from an Ivorian brother in Christ who has been similarly engaged in this work since 2005, but who lives in Abidjan. He has felt the Lord leading him to begin training throughout northern Cote d’Ivoire. He asked that we connect with him to plan follow-up in March. We expect to meet with him after this coming week’s meeting to develop those plans.

God moves hearts and invades the minds of those called by His name to effect much change here these days. While the outward appearances seem unchanged, the internal workings that move disciples to action shift ever more rapidly from external rewards to abiding convictions.

▪ Pray the anticipated 200 arrive for training and that God’s Holy Spirit convicts and moves all who attend as He invaded, stormed, and conquered some holdout hearts and minds tonight.

▪ The Million Village Challenge (MVC) was less well attended and could not reimburse any of the upfront costs that we covered, but it did join three more denominations to the eight national organizations with whom we already work. That’s over half of our twenty or more committed to fielding CHE training teams that we seek in the name of the Lord. We ask you to pray for full funding of our account to enable greater follow-up in 2019.