Once a month in Bondoukou, there is a meeting of pastors of the evangelical churches. The structurally flat collective (not like a cooperative) invites speakers, shares information of events amidst the participating churches, and, at times, coordinates for training and outreaches like city-wide evangelism campaigns. Verlin attends whenever available. This Tuesday he was asked and shared details of the upcoming national Million Village Challenge (MVC) in November, and the Disciple Making Movement (DMM) training that we will host in December. Leaders now share the news with others in their denominations. One called as Verlin edited this to request more MVC invitations. Two more pastors asked for their churches to receive the DMM training. 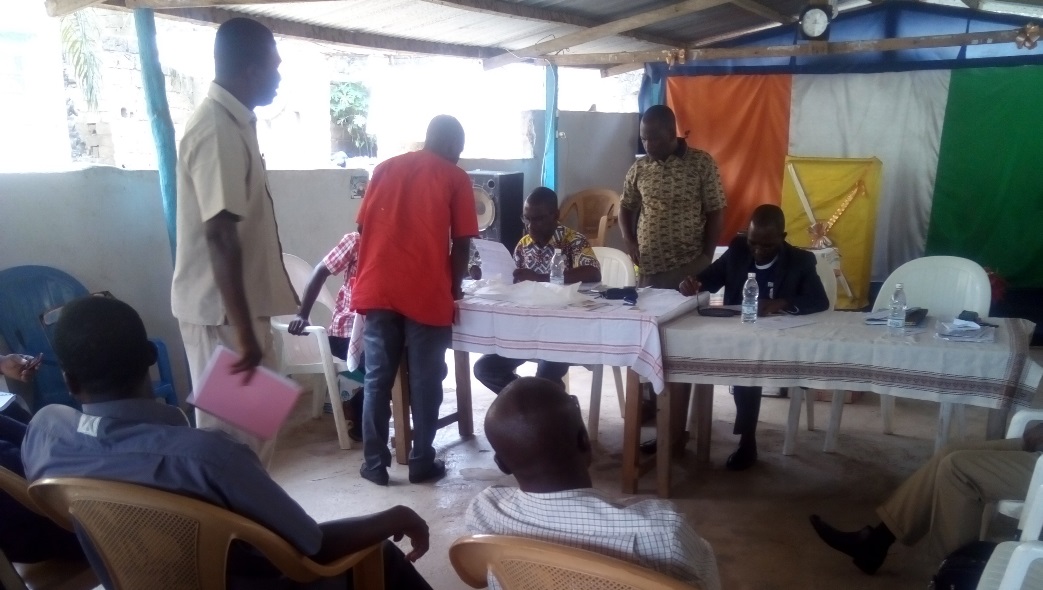 Individual testimonies happen too. Everyone at the meeting rejoiced with Pastor D who gave testimony of God’s preserving power in his life during the month between meetings. First, because he had an eye infection, he lay down to put in eye ointment. By accident he picked up a super glue product instead of the antibiotic and put it in his eye! Thankfully his eye did not seal permanently and he sees clearly today. On another day, a flying projectile struck his other eye while open, but amazingly caused no permanent damage. He sees well. Last of all, while traveling last week, he drove around a curve only to see a bicyclist just in front of him. He could not swerve to the left because a car was barreling from the other direction only about 20 meters away and was in the process of passing a transport. In the split second he had to think, he decided not to hit the cyclist, but to take the consequences of the impact with the oncoming vehicle. Instead, a few seconds later, he was through the impasse and no one was harmed! He has no memory of the details, but he considers it an actual miracle. To us, everything about life and how God acts to preserve it within and about us is miraculous, whether the process is understood and can be reproduced, or not.

Today Debbie is on the flight to Dallas for her 8-day stay at our mission headquarters in Texas. She looks forward to interactions with CHSC staff in Grand Saline and the opportunity to help in the Community Health Evangelism training which they offer twice yearly. During the week-long seminar of over 28 hours of training, her part will be to facilitate 12 lessons, lead during two devotion sessions, and assist the Director of Training, Dr. Laura Smelter, in any way possible.

Pray for the Ivorian FWB General Assembly next week and for safe travels as believers gather in Bouna from all over the country, and as visiting FWBIM teams travel the new roads. Pray for follow-up with UEESO, CMA, AD, EBLV, and other Churches that have already met and taken MVC invitations.Ask for a successful multiplication of disciples during the CHSC CHE training, and that wisdom, accompanied by stamina, fills Laura as she leads and Debbie as she assists. Pray that the participatory training will equip those attending for increasingly effective and radiant ministry.Pray for our granddaughter Chelsea’s adjustment as she mainstreams into the kindergarten class of a public school from the special school for the hearing impaired that she attended three years at Vanderbilt University. The first week her bus was getting her to school late every day.