During the evening about 6 weeks ago, I was called down to the ER here at Loma de Luz to attend to a patient. Maria, the patient, was a 57 year old female who was brought in by her family in a car. She was in a coma and had been that way for 5 days, hospitalized in one of the largest hospitals in the country of Honduras in San Pedro Sula. Her family had called ahead to our hospital to see if it was alright to transfer her to our rural hospital, a 5 hour drive by private vehicle. After hearing of the gravity of her condition, she was not deemed medically stable to undergo a transfer, and thus our doctor denied their request. The family brought her anyway.

Maria’s initial glascow coma score was 7. She would not spontaneously open her eyes. She had incomprehensible sounds, but would not speak or say any coherent words. And she moved in response to pain, but not on command. There is a saying in medicine that goes, “Less than 8, intubate!” This means, that if your score is less than 8, you should consider connecting the patient to life support, protect their airway, and even possibly breathe for them. Maria was very ill, especially since her score was still 7 after being hospitalized for 5 days.

I decided to call lab personnel to come from home to do an emergent set of blood labs on her. I did not think she would survive the night if I did not have more information. Her initial blood pressure was 88/50. Her heart rate was 140. Her temperature was 102 F.

After talking to the family, I could tell that they understood how ill she was and knew that bringing her to our hospital was a “hail mary” so to speak. I bluntly asked them, “why did you bring her to our hospital being so ill?” They said, “because we have seen the Lord work here. We have seen Him do amazing things.” The family had heard about KP, a 12 year old girl who had nearly died from severe dengue fever with ARDS. She was mechanically ventilated at our hospital for 14 days. (see previous blogs) I had to agree, they had seen the Lord do amazing things.

The details of Maria’s story make it all the more amazing. It is hard for me to resist at least sharing a few details as to how ill she was.

Maria’s initial blood sugar was greater than 500. Her sodium was critically high at 170, and her kidneys were failing with a creatinine of 4. I determined she must have had diabetic ketoacidosis (DKA) or hyperosmolar non-ketotic hyperglycemic state (HHS). We couldn’t check for serum ketones or a blood gas, so it was difficult to definitively say which it was. (Can you imagine managing this without this information??) HHS is more often associated with coma but if acidosis is severe, DKA can cause coma as well.

In any hospital in the United States she would have been admitted straight to the ICU. She would have received blood (metabolic panel) checks every 4-6 hours. Blood gases. Intensive nursing care, one on one. Nutritionist. Multiple physicians seeing her even multiple times a day. A nephrologist. An ICU doctor. An internal medicine doctor or hospitalist. It would have been a large team. If you’ve ever been to Loma de Luz, you’d know that it doesn’t quite look the same.

We gave her lots of fluids, about 14 liters IV within the first 72 hours. We started feeding her down a nasogastric tube with milk shakes that I made with our house blender. We managed her fluid shifts with massive fluid defecit in the face of her severe sodium level, the best we were able, with limited information. Her kidneys responded (Cr down to 0.7). Her sepsis/infection improved with antibiotics. 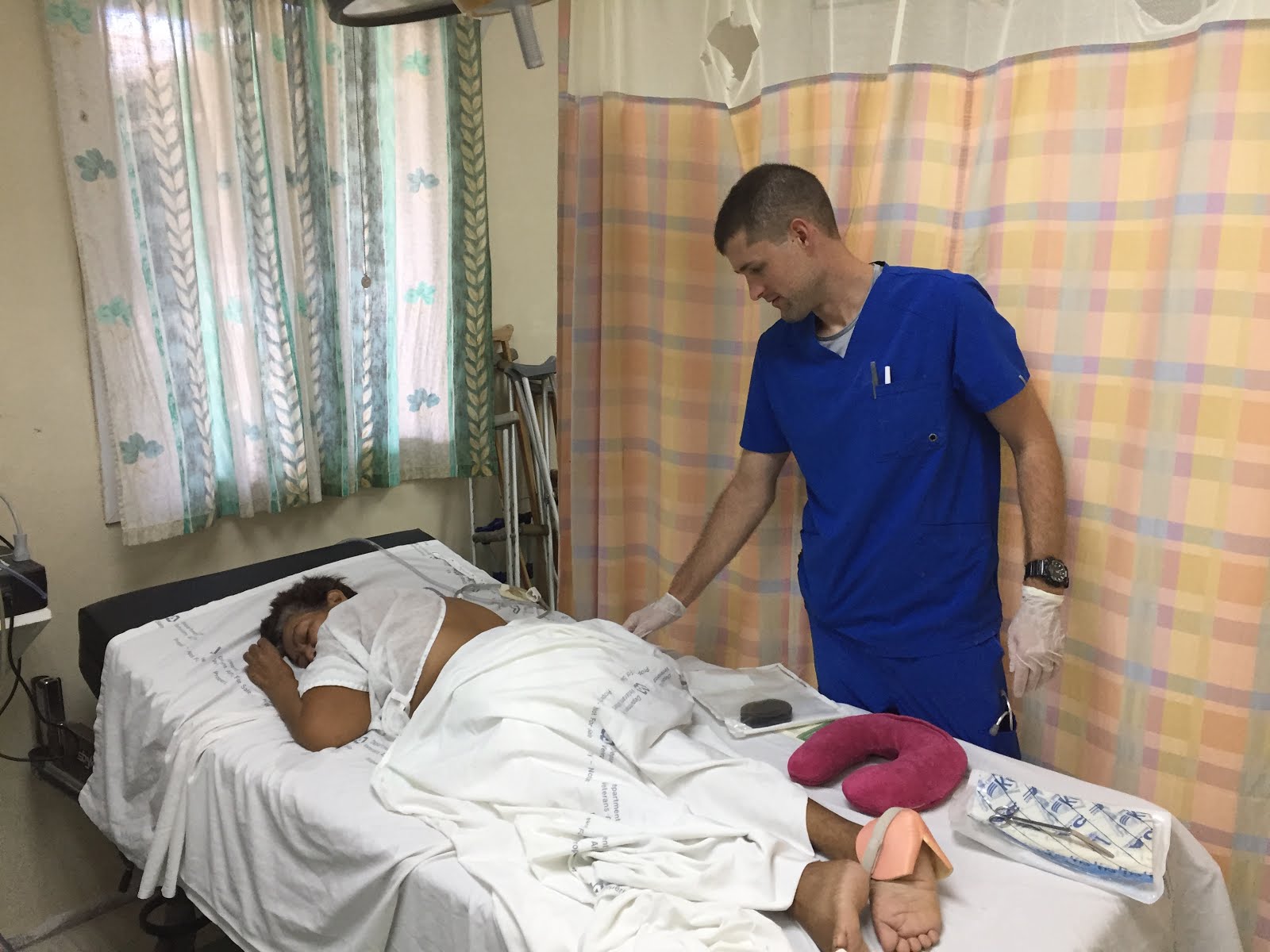 Andrew changing out a wound vac in therapy clinic yesterday, 6 weeks after her illness began. Critical care and rehab is a team sport, so thankful for everyone’s help!
After two days in our hospital, Maria awoke from her coma, seven days after it had started. She was so weak and debilitated, she could hardly lift her arms or head off the bed.

Then, a week after Maria had awoken from her coma, her fevers returned to 102. Her heart began to consistently beat at a rate of 130-140. Her white blood count jumped to 38,000. This while she was already on IV Rocephin and IV Vancomycin. What could be causing her sudden deterioration?

She started having severe diarrhea and we presumptively diagnosed her with severe c-diff colitis, starting her on Vancomycin down her nasogastric tube. This alone, not factoring in her previous coma and illness, caries a 5-30% mortality. Within 48 hours of starting the oral Vancomycin, her diarrhea improved, but it took a week for her fevers to go away.

Despite our best efforts (and the family’s), Maria still developed a decubitus ulcer on her lower back where she was putting too much pressure while she sat in bed. She is still recovering from her ulcer today.

They came to Loma de Luz because they had seen the work of the Lord in the past and He certainly showed His mercy and healing once again. 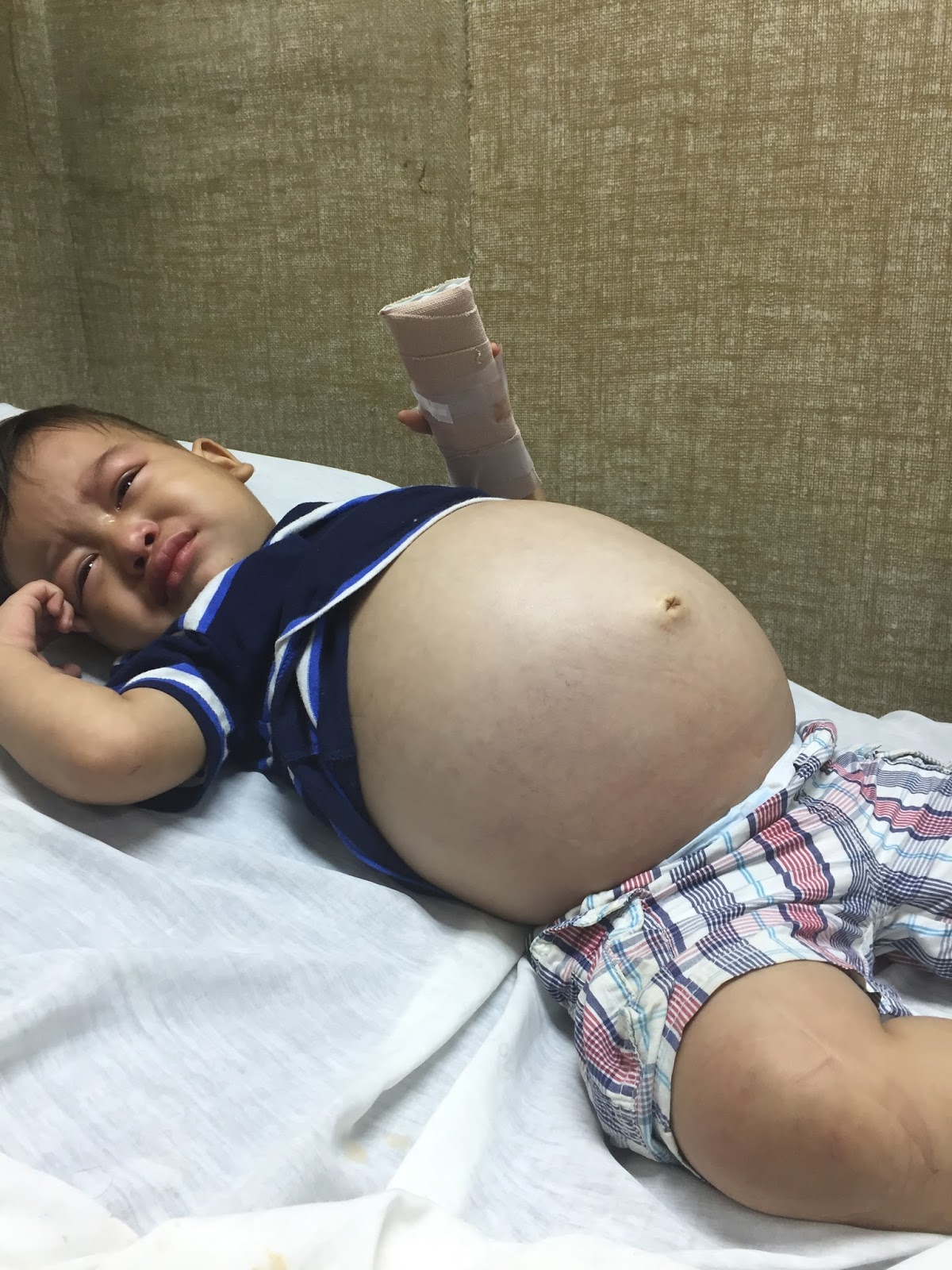 This little boy has nephrotic syndrome (a problem with his kidneys). His abdomen is severely distended from large amounts of fluid inside (ascites) 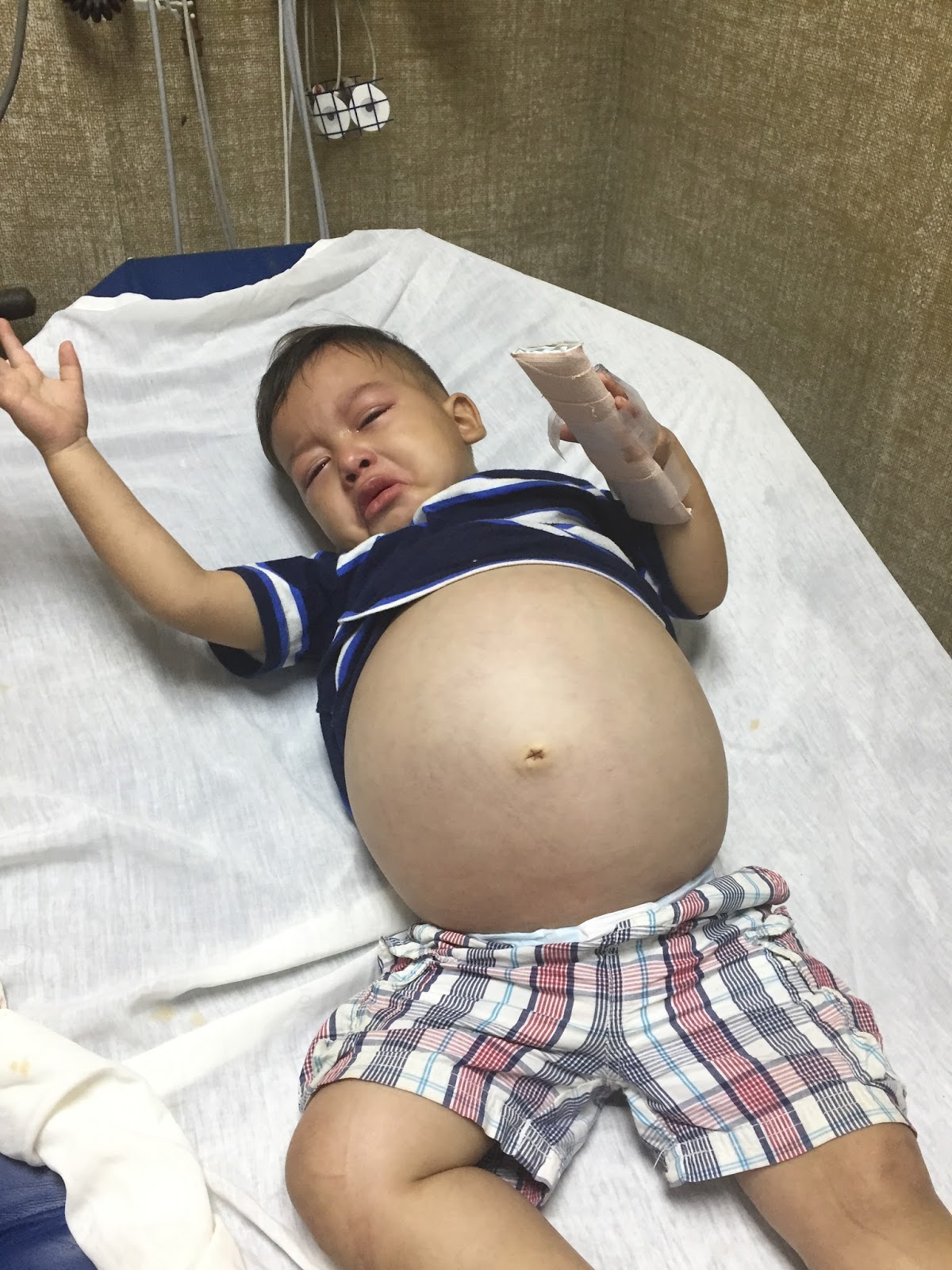 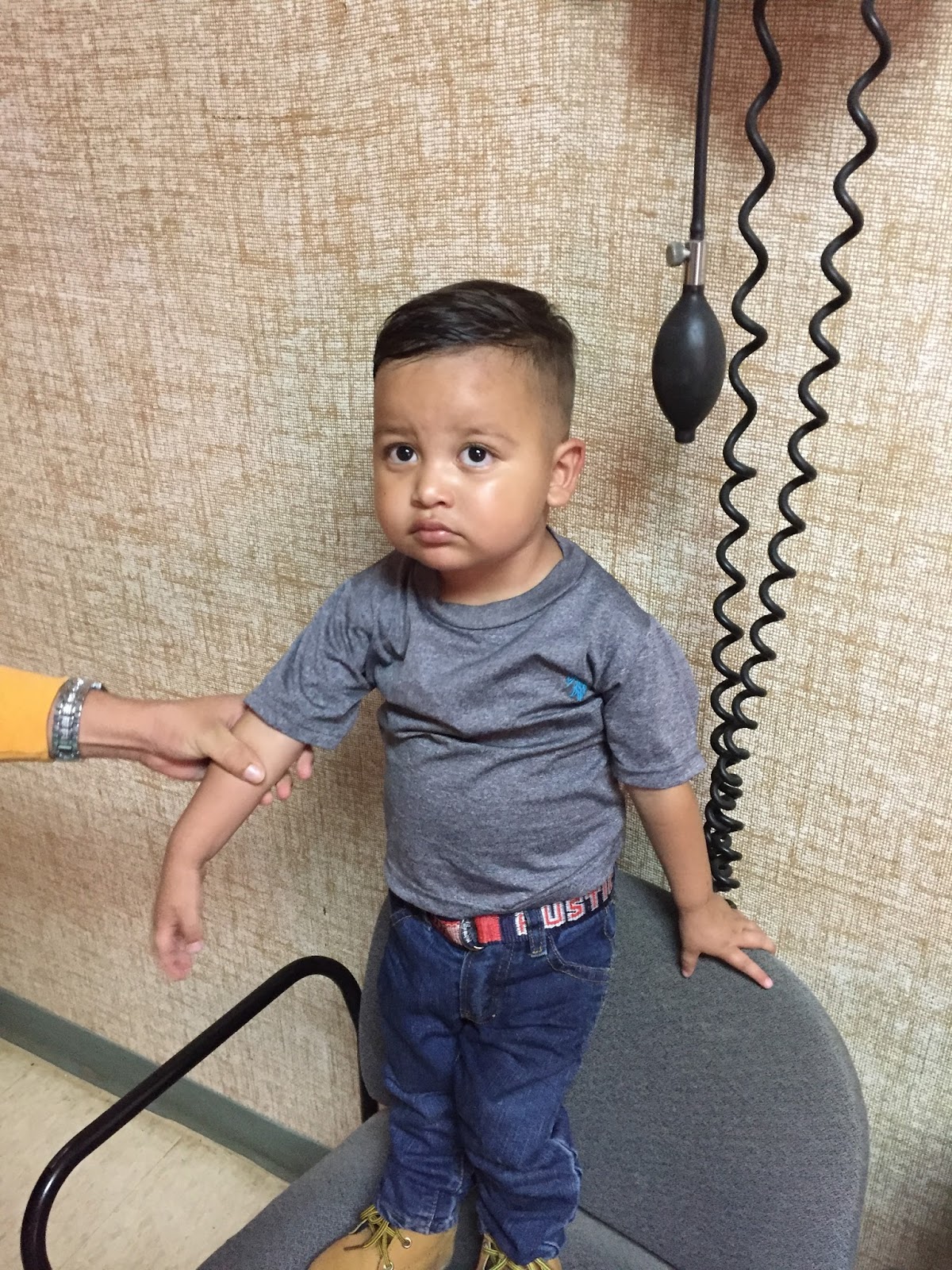 I saw him back yesterday in clinic. After a few weeks of prednisone and lasix, he is a whole new kid! 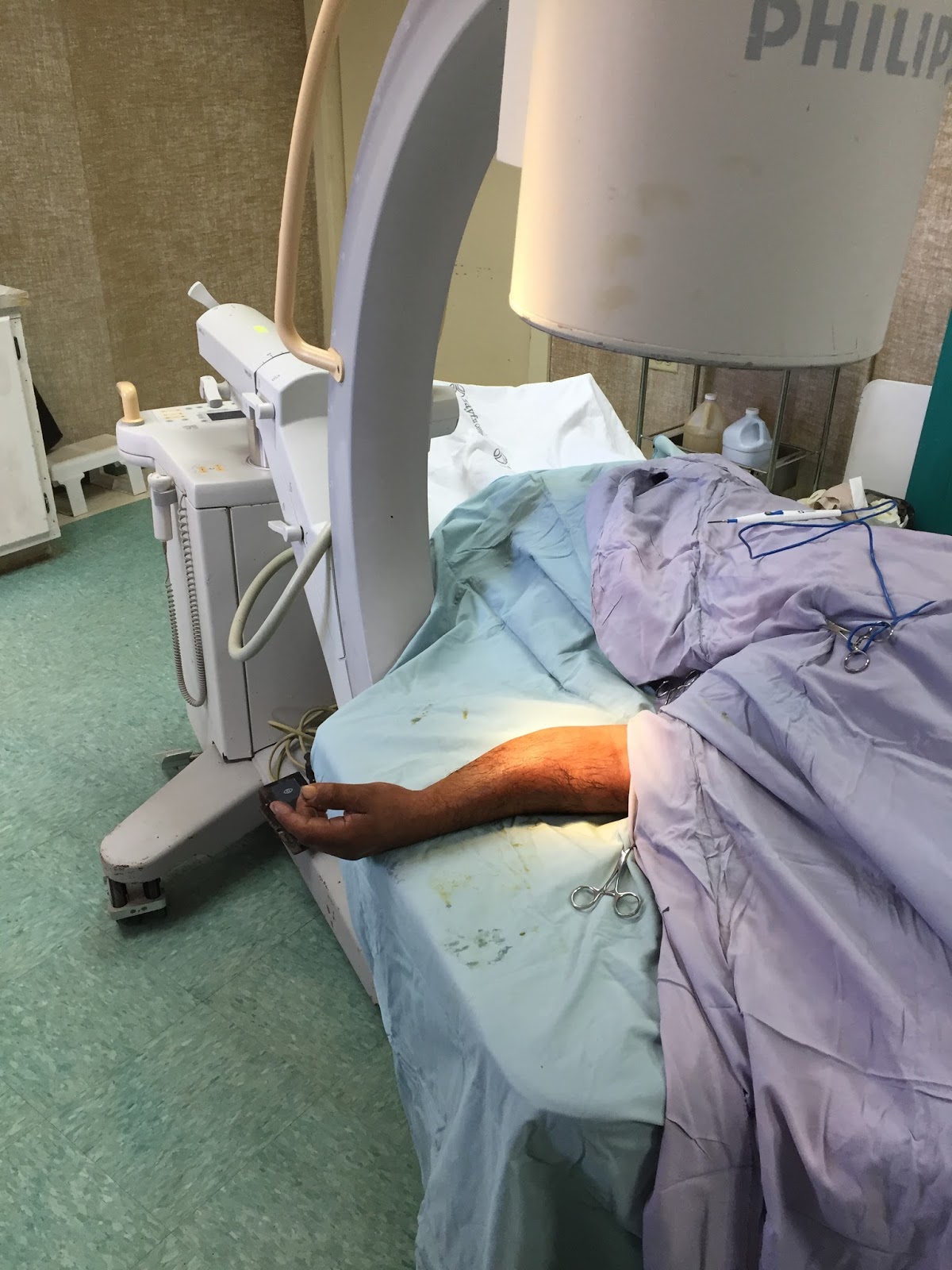 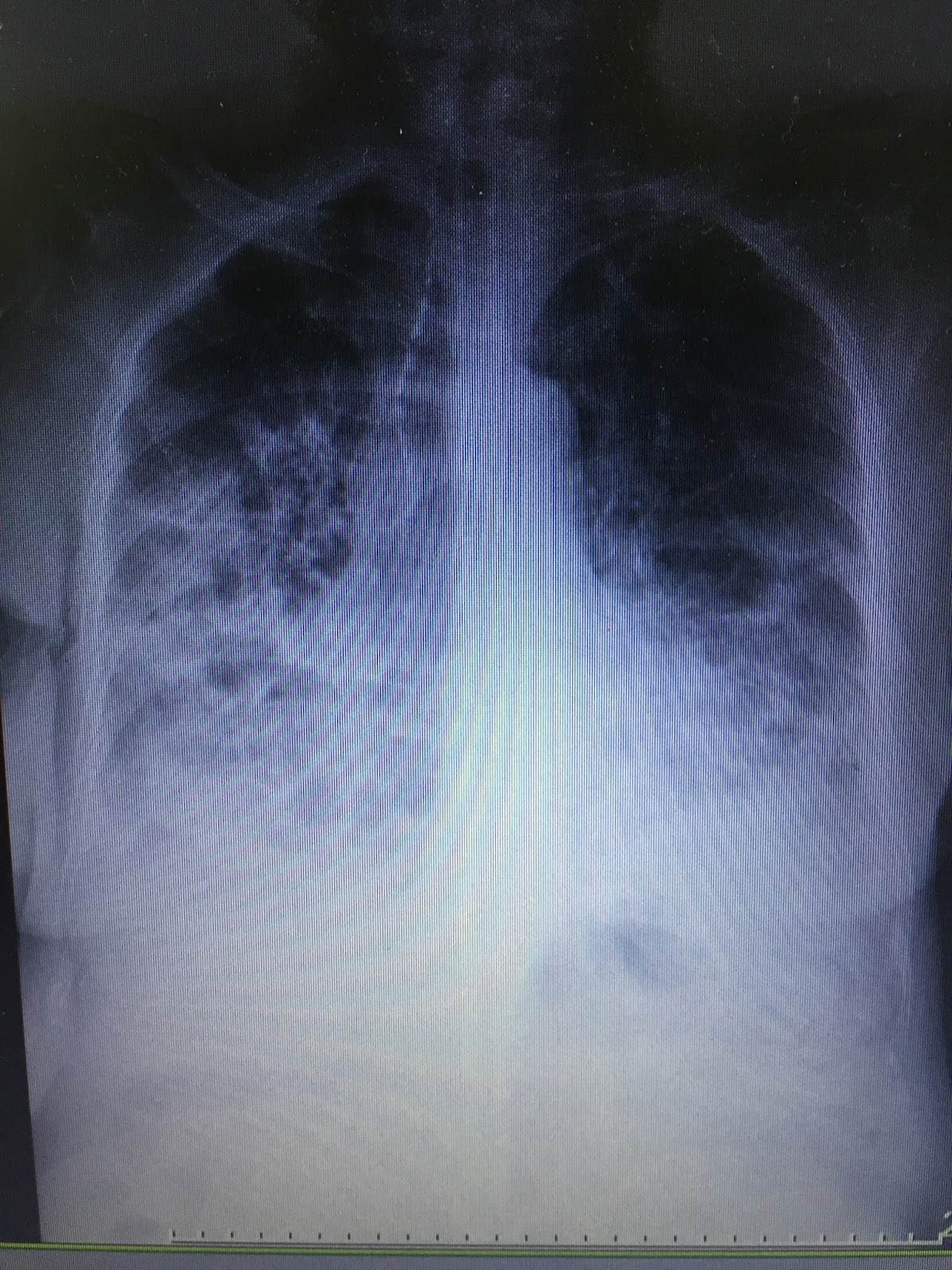 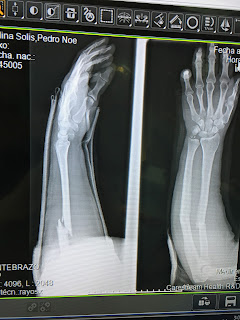 Arm fracture yesterday that went to the OR with Dr Mckenney 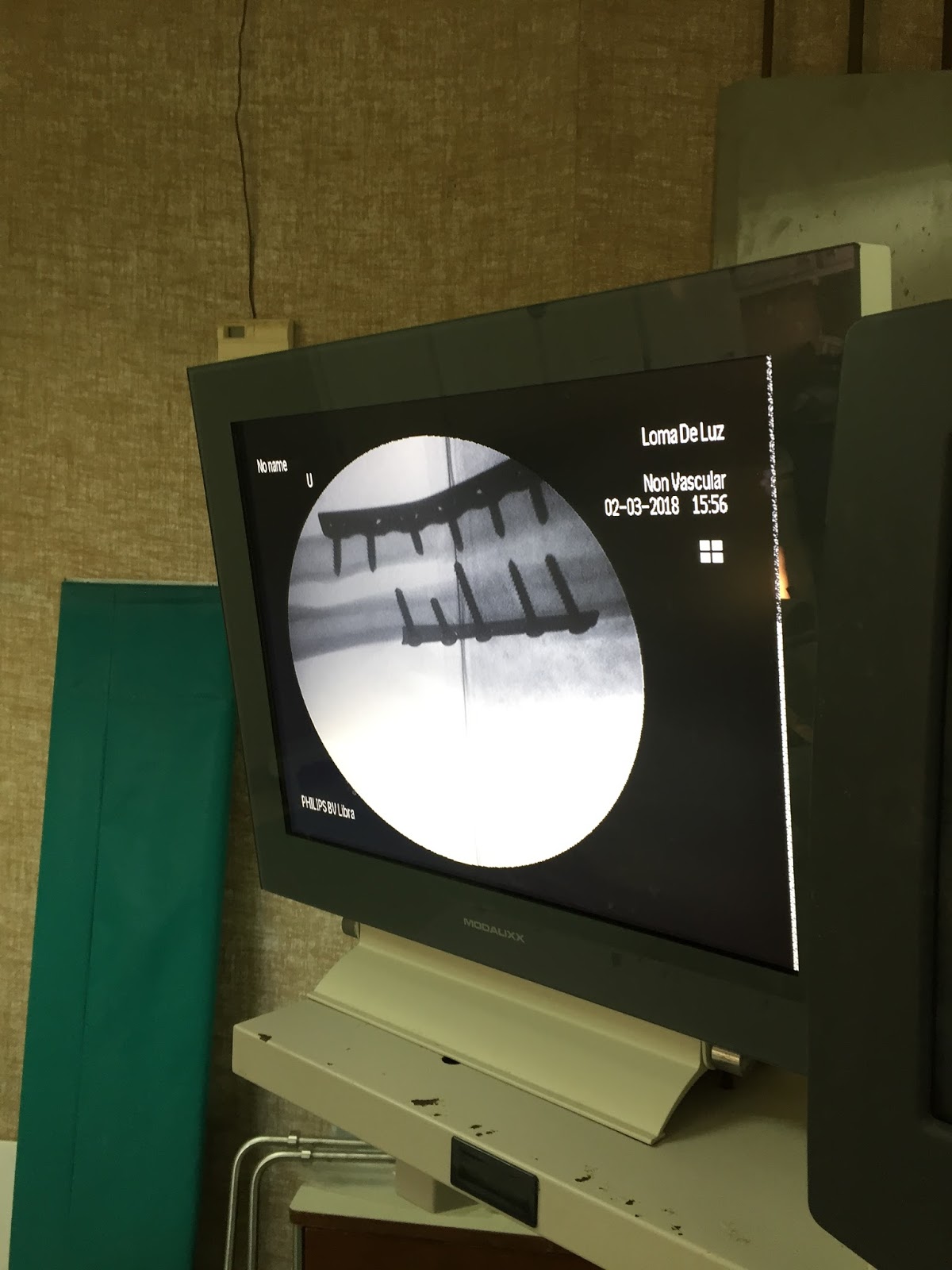 Internal fixation with plates on the radius and ulna 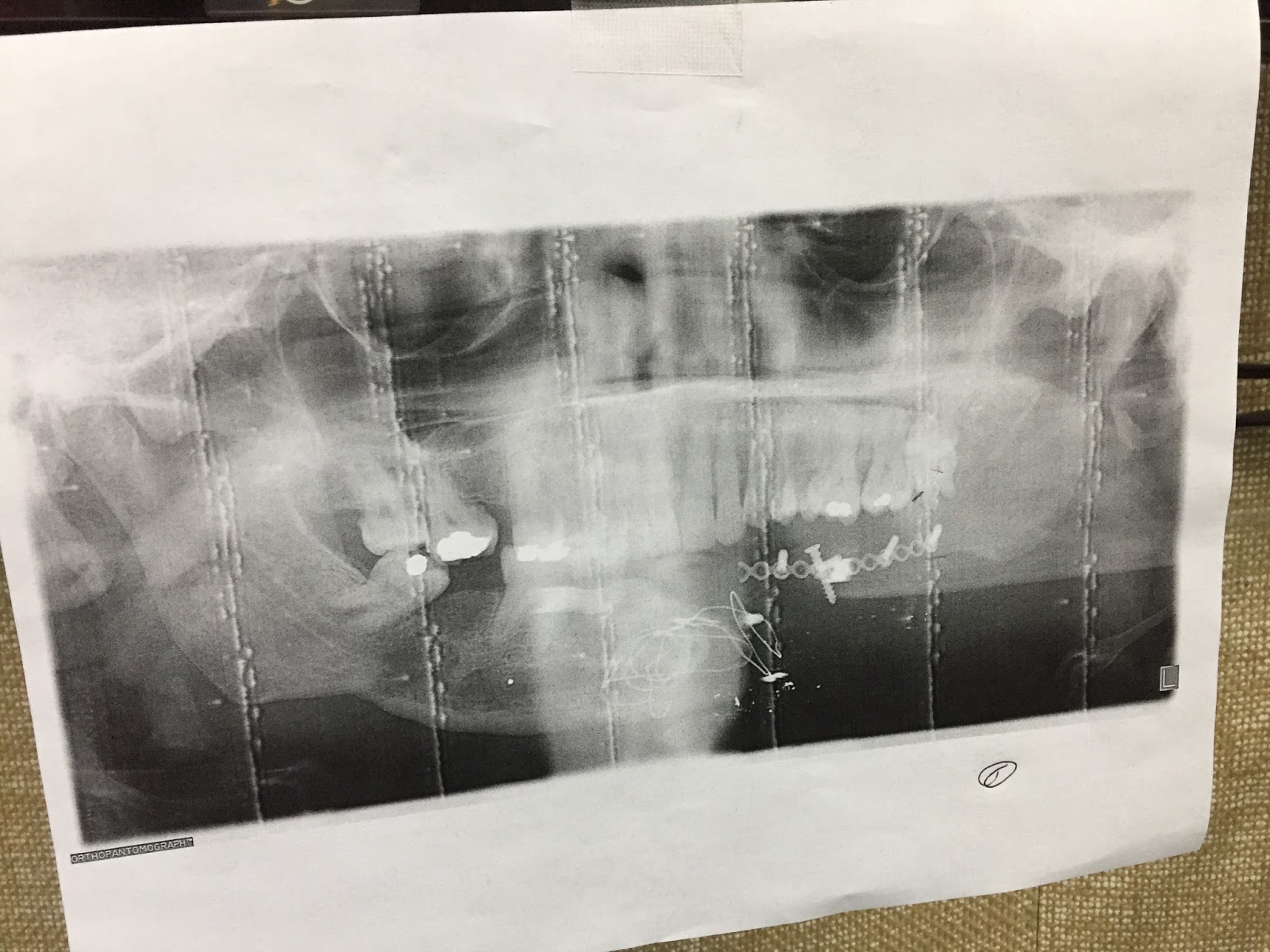 This is a patient’s x ray that they brought with them. A young gentleman from Haiti actually flew to Honduras to see Dr Tim, our oral maxillofacial surgeon who this past week repaired part of his missing jaw bone after he was shot in the face. 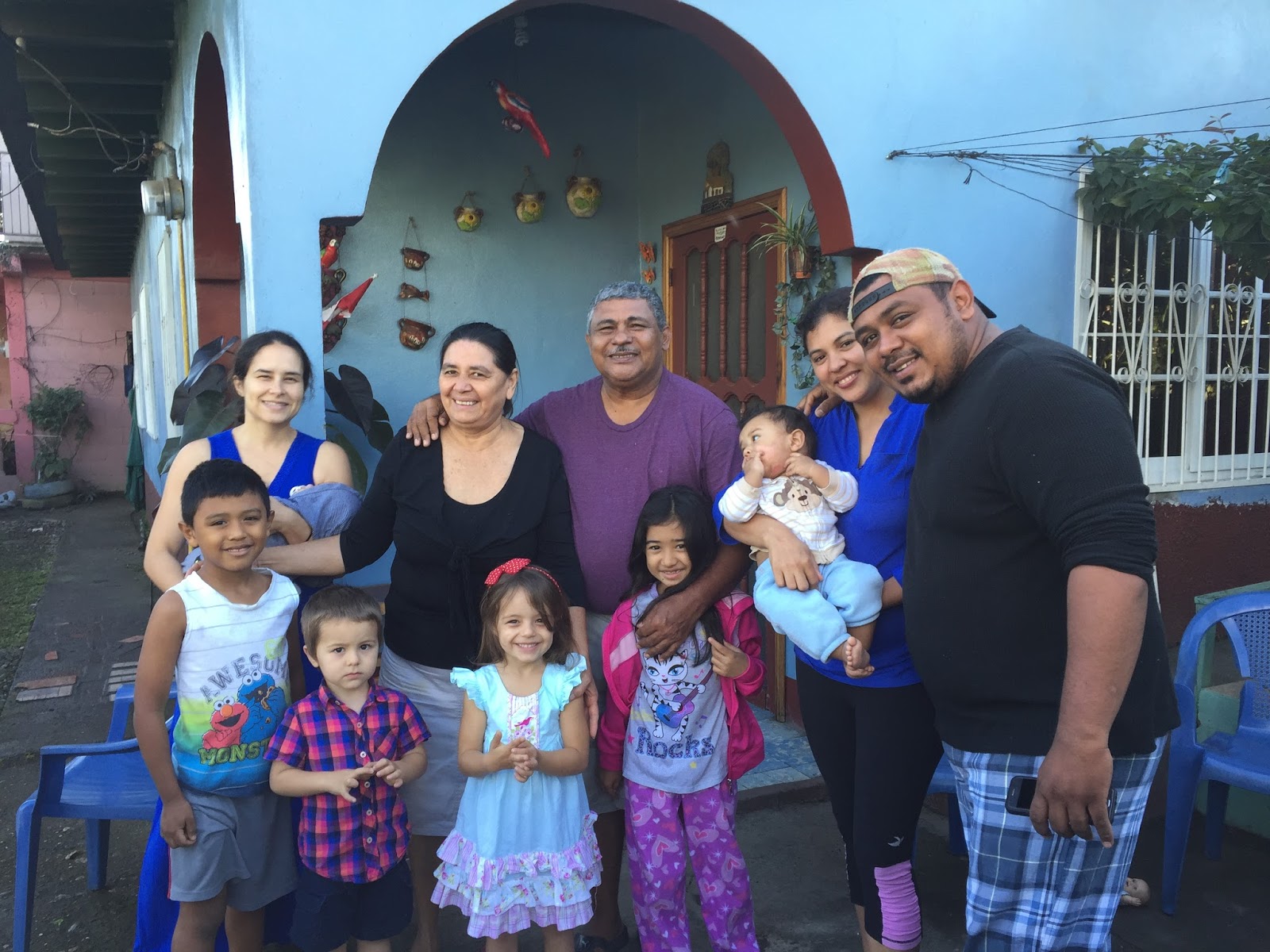 My Honduran family from back in 2002-2003 had a child get severe burns from a pot of boiling water that fell on him. We recently traveled 6 hours up into the mountains to visit them.